If you thought environmentalism was a recent invention, you may be surprised to learn that it was actually former Prime Minister John Diefenbaker, in 1971, that created a bill to declare a week that focused on environmental health. Today, “Canadian National Environment Week,” is celebrated the first week of June, in tune with the United Nations’ World Environmental Day, on June 5 (and Local Food Week in Ontario!).

This year, Environment Week started May 31 and will run until June 6, which is also designated Clean Air Day.

It’s no secret that agriculture relies on a healthy environment for livestock and crop production. That’s why, in celebrating Environment Week, we have composed the following list of some of our favourite strategies for healthy land, followed by some of our top posts on the topic.

All I Do Is Farm — Environmental Responsibility in Song 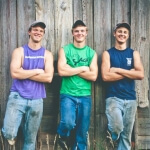 Kansas-based Peterson Farm Brothers — Gregory, Nathan and Kendal — haven’t just put together a fun new parody video, but they’re also using their music and blog to help share a message of environmental stewardship and sustainability. The latest song, “All I do is Farm,” seen below, is just as much fun as past parodies, but this video is peppered with comments on no-till, precision farming and decreasing water and nutrient erosion. 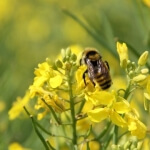 The Senate’s Standing Committee on Agriculture released its much-anticipated report on bee health today. Entitled The Importance of Bee Health to Sustainable Food Production in Canada, the document highlights the complexity of bee health, and the many factors influencing it, while providing a list of recommendations the committee believes are necessary for improving bee health. The recommendations include continued bee health surveillance and changes to the Pest Management Regulatory Agency’s (PMRA) registration process.

In the last few years, we have seen incredible innovations in food and agriculture, often inspired by environmental improvements, the push for more local food and increased global food security. Urban agriculture is cropping up in cities, insect farms are crawling out of the wood work, and cafes are repurposing would-be waste. In an effort to share some of the inspiration and innovation, I’ve compiled five of the coolest initiatives to hit the 21st century’s food and agriculture industry thus far.

How “Sustainably Raised” are Canadian Crops? We’re about to find out 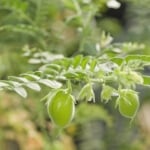 “Consumers are increasingly demanding more information about the characteristics of the food they eat,” says Mark Brock in a press release. Brock is the co-chair of the CRSC and a director with Grain Farmers of Ontario. “Canadian agriculture has made great strides in reducing our environmental footprint, this project will give us a consistent and scientifically reliable way to report on our sustainability with a lot of credibility.” 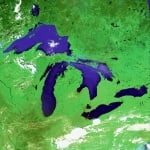 The governments of Canada and Ontario are investing $4 million annually over the next four years ($16 million total) to establish the Great Lakes Agricultural Stewardship Initiative.

Targeted to the Lake Erie basin and the southeast shores of Lake Huron, the initiative is designed to “help farmers improve soil health and promote environmental stewardship.”

[toggle title=”Other Environment-Related Articles from RealAgriculture” state=”close”] The Meatless “Plant Blood” Burger? No Thank You, I Prefer Real Meat
Caught Between a Slough and a Floodplain — Why Drainage is Western Canada’s Next Big Fight
Cattlemen’s Foundation Launched to Support Youth Mentorship, Sustainability and Research
Moloney Addresses the Sustainability of Biotechnology — The Importance of Rotating Traits
Big Change? Or Little Change? — Walmart Lays Out Farm Animal Welfare and Antibiotic Policies
Excuse Me, Where is Alberta’s Agricultural Plastic Recycling Program?
Coal is a Dirty Word in Ontario — Let the Biomass Love-In Begin
Gaining Ground: Feed the Soil to feed the Plant
How far are we from N-Fixing Wheat, Corn & Canola?