Not that I’m getting old (!), but back in the 1980s I was long into adulthood when the craft beer movement started, at least as far as I see it now.

That’s when the spirit of the West led an entrepreneur outside of Calgary to create Big Rock beer, which remains one of my favourites.

It took off with a vengeance, as beer-variety starved Albertans like me willingly shelled out more money than we’d ever thought we would for suds.

Despite its popularity, Big Rock consumed only a small part of the beer market, which has traditionally been price driven. 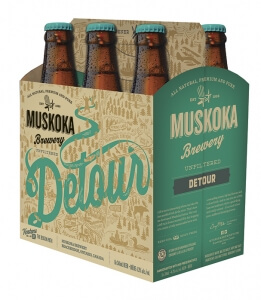 Too bad local food wasn’t such a driving force back then. Now, it seems anything local fetches a premium. And new research shows consumers don’t mind paying that premium – or, at least, they say they don’t.

The research, by a company called LoyaltyOne, found there’s a relationship between the emphasis consumers place on local, and the premium they are willing to pay. Nearly half of the respondents said they’d pay 15-30 per cent more for local food, and more than 85 per cent said they’d increase their monthly grocery spending if local food alternatives were available.

The survey was conducted in May with almost 1,650 Canadian consumers.

Curiously, though, the survey showed it’s a different story when it comes to local beer and wine. When asked to rank the importance of purchasing locally sourced products, less than 40 per cent of shoppers said it was very to somewhat important that beer is produced or sourced local. The figure was even lower for wine, at 35 per cent for wine.

Both those numbers are miniscule compared to fruits and vegetables, which topped the list. An amazing 98 per cent of local shoppers saying it is very to somewhat important that they are produced and sourced locally. In second place was meat, at 90 per cent.

I suspect analysts are trying hard right now to interpret these figures. Maybe the huge gap occurred because we’re heading into the buy-local season with fruit and vegetables dominating consumers’ attention. Beer and wine are much less seasonal.

To help bolster the sector in Ontario, craft beer week ran June 12-21, with Ontario wine week close on its heels, June 15-24. Kudos to the province for getting behind both weeks, as it has with the whole drive towards promoting local food.

More than 145 wineries produce VQA wine in Ontario; about half of them now sell products at farmers’ markets, one of the first hotbeds of local food.

As for beer, LCBO sales of Ontario craft beer grew to over $68 million last fiscal year, up almost 36 per cent from 2013-14. And that doesn’t count sales at the breweries themselves, or at the Beer Store.

Some wineries and breweries say the province is still not doing enough to help them reach consumers. Ontario has responded by starting to modernize its archaic approach to liquor sales, breaking down monopolies such as the Beer Store, and offering more venues outside the LCBO for wine sales. The province is hoping about 150 grocery stores will be selling beer by May of 2017, a number which could rise to 450 in time.

It’s a timely measure, given that the LoyaltyOne survey showed lack of access seems to be a reason Canadians overall aren’t thinking local when they consider beer and wine purchases.

However, this can’t all be put on the shoulders of retailers. It’s not as is local beer and wine is hidden from plain sight. In Ontario, spend an extra 30 seconds in the cooler at the LCBO and you’ll find some of it. Same goes for VQA wine. LCBO staff can point you to it easily.

And of course, we are part of an agricultural region that produces some of Canada’s best local beer and wine. Many breweries and wineries welcome visitors. Check it out — and happy holidays.