Launched in January, the SMAP satellite is collecting high-resolution soil moisture and freeze/thaw observations which will be used for weather and crop modeling.

“This research project is gathering global data every day that will lead to new knowledge about climate and its impact on soil. These data will allow for better crop planting decisions and better flood management predictions that result in successful economies and quality of life,” said Digvir Jayas, Vice-President (Research and International) with the University of Manitoba.

Agriculture and Agri-Food Canada, together with the institutions receiving the funding, have been part of an ongoing effort to validate the satellite’s measurements. As an example, the U of M is receiving approximately $162 thousand from the CSA to gather ground data to verify what the satellite is reporting for farmland in southern Manitoba.

“The project will use ground measurements to validate the data produced by the SMAP satellite,” explained Paul Bullock, head of the soil science department at the U of M. “We will undertake a field campaign in southeastern Manitoba in 2016 (SMAPVEX16) to collect soil moisture observations by hand as well as readings from nine permanent soil sites in the Elm Creek-Carman area of Manitoba.”

Researchers at the University of Guelph will also be focused on validating soil moisture measurements in three regions: Kenaston, Saskatchewan; Elora, Ontario; and Scotty Creek and Trail Valley Creek, NWT.

“There are a number of applications of this research of interest to Canadians, including weather and climate forecasting, drought monitoring and flood preparedness,” noted U of G associate professor Aaron Berg.

NASA is planning to share the first verified soil moisture maps by May 2016 and freeze/thaw maps by July 2016 (read more on the SMAP mission on the Canadian Space Agency website.) 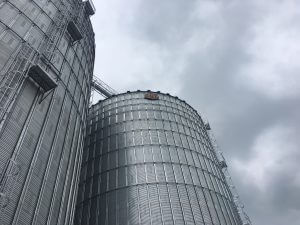 Here we are, just a few weeks from the holidays and the end of the calendar year, and many farmers are using every last bit of daylight to get the crop harvested and dried, if they can. When you're pushing long hours in less than ideal conditions, sometimes safety gets thrown out the window, and…Read more »