I always get a kick out of stories about the aging farm population, stories that begin something like “Canadian farmers are getting older…” It makes you wonder if, in some other occupations, people are actually getting younger.

Of course they’re not. It’s all about average age. And further, it’s not a measure of quality, which is the immediate insinuation. Rather, farming has been a life-long pursuit for so many who have gone into it that its numbers seem unusually long in the tooth.

The same used to be said for journalists who cover agriculture. They got in young, liked it and stayed there for most of their career. Not much of a succession plan existed anywhere in the profession.

But efforts by groups such as the Canadian Farm Writers’ Federation to attract new, young members to this very diverse and news-rich occupation has worked. Now, a superb group of talented and feisty young writers are creating very gritty and interesting content. I’m pleased to work with a good whack of them, here at Realagriculture.com and elsewhere in the farm-writing world.

One of the things that attracted new journalists to agriculture is how it connects to consumers. Local food has been responsible for a lot of that. But I don’t think agriculture has yet come close to taking advantage of its intrinsic relationship with, and support of, health – human, animal, communities and the environment.

I have a birthday Monday, a huge one (for me), and last week my son-in-law Greg asked me if I’m reflecting on anything in particular as it arrives. I am, actually — it’s the complexity of health and all that it encompasses – the choices, the infrastructure including agriculture, the joy of realizing a modicum of good health and good luck, and the unfortunate inevitability of decline.

Try as we may, we can’t stave off some diseases, but the more we learn through research about nutrition and lifestyle, the better chance we have.

Maybe my antennae are more finely tuned into health-related matters this week, but news angles seem to keep cropping up everywhere that show how health and agriculture are connected.

For example, we’re learning more about preventative measures for better health for humans and livestock. Wednesday, Ottawa gave almost $270,000 to the Alberta Farm Animal Council to help, in its words, “ensure that cattle arriving at auctions and abattoirs are in good health and meet the standards required for processing.”

Closer to my home, similar research efforts by University of Guelph Prof. Derek Haley and others are underway to help cattle stay healthy on their long trek from western Canada feedlots and grasslands, to processors in Ontario.

Beef producers know consumers see animal care as a priority. They also know that healthy animals are more profitable. And for its part, the federal government knows cattle are an almost $10-billion industry in Canada, and that investing in agriculture is good business.

Again, it’s about health, this time environmental health. And it’s about the economy, too – dairy is a $16-billion business in Canada.

Finally, when it comes to health and agriculture, who can forget bees? No one who produces crops, that’s for sure. We know we need healthy bees for a healthy environment, while not forgetting we need healthy farmers to grow our food, too.

To that end, you’ll see elsewhere on RealAgriculture the Canadian Association of Professional Apiculturists says data it’s compiled from 2104-15 shows wintering losses in most provinces were within the acceptable long-term targeted winter loss by beekeepers. So it appears bee health is not going to the dogs. (Read more on that, here)

If you’re a farmer, you’re in the nutrition business and the preventative health-care business

Finally, in the U.S., legislation was passed to speed up the development of new drugs and medical devices, by increasing health research funding and streamlining the approval process for new treatments.

It’s called the 21st Century Cures Act, and it’s destined to provide a mandatory $11 billion in health care research annually. This sum won’t have to be debated or politicized, while people die hoping for new developments that can save them and their children. Researchers can plan important studies that require more breadth, depth and financial support.

The biotech sector was solidly behind this legislation. It will help shepherd in the research that leads to imaginative health-related solutions for spiraling health costs – like using plants as low-cost incubators for vaccines and versatile nanoparticles.

Some of this development will take place in labs, in tightly controlled environment, but some will eventually trickle down to well-managed and progressive farms. And as these new technologies get developed in the US, they will surely come to Canada next. In fact, some efforts, such as Guelph’s PlantForm, are already established and poised to grow.

If you’re a farmer, you’re in the nutrition business and the preventative health-care business. I think that can be made to resonate with people, just like local food. You know, local food, the kind that keeps people healthy, the kind that all farmers grow. See the connection? 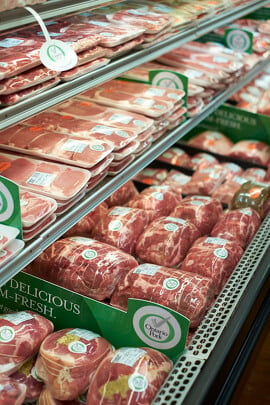 Evidence Helps Save Environment — And Farming — From Disaster

One thought on “Farmers Don’t Just Produce Food, They’re in the Nutrition Business”