Canadian farmers who own dairy or poultry quota may not have to live with the stress that comes from marketing a product on a volatile open market, but their stress comes in another form: the worry that the federal government will pull the rug (or one of the three pillars) out from under the regulatory structure that supports Canada’s dairy and poultry farms.

Quite literally, the stroke of a pen could wipe out the value of quota and the guaranteed market that supply management provides. When buying quota, a farmer hopes that doesn’t happen before they’ve paid it off. 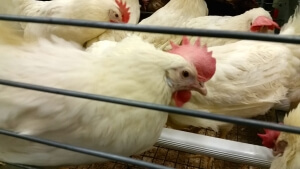 The all-or-nothing view of supply management leaves very little middle ground in any conversation or negotiation about the way the Canadian dairy and poultry industries have been set up for the last 50 years. You either have it or you don’t (see the privatization of the Canadian Wheat Board for a case study on what happens when a marketing agency’s authority is removed.)

This is why there’s an uproar from the supply-managed sector and its supporters any time there’s a chance supply management will be touched in international trade negotiations; there’s very little room — if any — for compromise.

In the past, the supply management-related news cycle for trade talks was routine: export-dependent ag groups begin sending out news releases about how important a deal is, Dairy Farmers of Canada and the feather industries rally their troops and resources to remind government and the public why their sectors should be protected. Trade officials from the U.S. and New Zealand demand market access, and Andrew Coyne, Barrie McKenna and Martha Hall Findlay pen columns about why Canada should deregulate its supply managed sectors. Since Harper became prime minister, there’s also a chance the National Farmers Union might cry wolf and declare the end of supply management is imminent.

Sometimes a deal of some sort is signed, but it usually turns out to just be another round of negotiations with no major accomplishments. Through it all, Canada’s trade and ag ministers pledge to maintain supply management, noting that it’s not up for negotiation.

That cycle has been repeated numerous times, often in the context of negotiations for a multilateral World Trade Organization deal.

The current Trans-Pacific Partnership negotiations appeared to be following the same cycle, that is, until recently.

It might be small, and there might be strategic reasons behind it, but there’s been a noticeable change in the language the federal government is using publicly to describe its approach in the TPP talks. International Trade Minister Ed Fast, in this interview a couple of weeks ago at the Farm Progress Show in Regina, said “it’s about finding the right balance, a balance that really truly reflects the Canadian national interest. We’re confident that the outcome of the TPP will reflect that balance.”

The minister was also quoted by Bloomberg last week as saying “We have said to the supply-managed industry we will continue to promote and defend their interests whenever we negotiate trade agreements, but I think they also understand we have to find a balance that allows the rest of the economy to participate within the global marketplace…all issues are open for discussion in negotiations.”

He’s not saying Ottawa is planning to throw out supply management to get into the TPP, but declaring “we want a balance that reflects Canadian national interest” is not the same definitive support for supply management that the federal government has shown in the past. It’s a departure from the “we will not compromise on supply management” mantra we’re used to.

The yet-to-be-ratified trade deal with the European Union might provide a clue on what Canada’s internal negotiating strategy looks like for the TPP, as the federal government compromised on cheese imports, upsetting dairy producers while maintaining that the pillars of supply management were still solid. It’s possible the government is considering giving up additional market share in the TPP.

The balance that Fast refers to might be found by determining how much market share will need to be sacrificed to satisfy the U.S. and New Zealand in exchange for new opportunities for Canadian exporters. We know that for quota-holders, any increased access for imports results in reduced market share.

Some former dairy and poultry farmers will tell you they’re happy to no longer ride the stressful roller coaster that comes with owning quota when there’s potential for regulatory change. The message coming from the federal government lately doesn’t offer much relief for those still on the ride.

One thought on “Has Ottawa Changed Its Tune on Supply Management?”