French farmer co-operative Limagrain is looking to build its presence in the Canadian cereal seed industry following the announcement last week of an alliance between the fourth largest seed company in the world and Winnipeg-based Canterra Seeds. 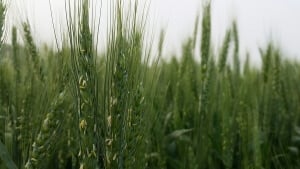 So who is Limagrain? Why are they interested in breeding wheat for Western Canada? What will they bring to Canadian farmers?

Limagrain Field Seeds CEO Bruno Carette joined RealAg at the announcement to answer these questions, to discuss the investment conditions that made their entry into the Canadian market possible, and to explain the value Limagrain sees in establishing a global wheat breeding network.

With other partnerships in Australia, Argentina, the U.S. and western Europe, Carette says Limagrain’s goal is to modernize wheat breeding to help wheat compete globally for acres with crops like corn, soybeans and canola.

“It’s really a concern to us when we see that in many regions, including Canada, the acreage dedicated to wheat is not growing. It’s shrinking,” he says. “Wheat is losing. We consider it a major issue.”

Carette suggests there are existing breeding tools used for crops that have traditionally been more lucrative that can be applied to wheat.

“We are convinced today many wheat breeders make consciously the decision not to use them just because the resources are not there to fund them. We think it’s a shame. I won’t say it’s a crime, but it’s a shame,” he says. “The step we’re taking today will help bring Canada online with that global effort to help fund more tools to make wheat breeding more modern.”

Limagrain Cereals Research Canada will be headquartered in Saskatoon. Dr. Erin Armstrong, director of research and product development for Canterra, has been named the CEO of the new breeding company.

Wheat School: Insects You Don’t Want to Find in a Bin

New Holland is expanding its round baler offering with the launch of its Pro-Belt Series. The new balers made their first appearance at the recent Farm Progress Show in Boone, Iowa. In this video, Jordan Milewski, New Holland's conventional haytools marketing manager, says producers can expect both durability and reliability from the new baler. “When…