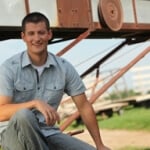 What makes a fair marketplace? Whether you are here on the farm or catching a city cab, marketplace dynamics are a hot topic these days.

Taxi drivers in Toronto are at their wits end as the popular ride-sharing site UberX is sucking up business. Unlike two taxi companies competing for business, UberX and cab companies function in the same market, but in two different playing fields. UberX drivers require no special licenses, permits or insurance, but taxi drivers do, and it costs thousands. Cab fares are governed by by-laws; UberX sets its prices. How do you level the playing field?

The solution seems to be one of two — completely remove all inspections and licenses for all driving services to make it cheaper, but run the risk of inadequate insurance, unsafe vehicles and unscrupulous drivers with no oversight. Or, make all UberX drivers require licenses, permits, insurance and set fare prices. Of course, that doesn’t address the issue of the price of a taxi permit that is worth six figures because of the restricted number of cabs allowed under city by-law. In 2014, the average license sold for $118,000, down from $227,000 in 2012.

The free-market/fair-market conversation of the market is also happening around the Trans-Pacific Partnership. With a Ministerial level meeting at the end of July, watchers say this could be a meeting where parties are serious to get a deal done.

Here in Canada a handful of writers for daily newspapers, along with posturing “sources” for news stories are leading the charge for change in supply management, the system that governs how much is produced, paid for and imported in milk, poultry and eggs. The message is common with all of them. Open up the supply managed markets for the benefits of everyone and sign the TPP trade deal. And, on cue, dairy, poultry and egg farmers say that isn’t a good idea.

But is this debate really as easy as picking a camp and drawing a line in the sand? Food, farms and trade are never that simple.

Believe it or not, in my conversation with my fellow dairy farmers – they are a group that is not against trade, they are simply against the trade rules that are being discussed. Just like Toronto’s taxi drivers, dairy, poultry and egg farmers are concerned about setting up two playing fields.

Let’s take a look at a few concerns that farmers rightfully have:

As a Canadian dairy farmer, I wonder about competing on quality. Here in Canada, farms need to be Grade A certified to ship milk to any market and face penalties if their milk’s somatic cell count is above 400,000 cells per milliltre. The standards in the U.S. allows Grade B farms to ship to butter and cheese manufacturing and only penalizes producers with a somatic cell score of 750,000, a score that is among the most lenient in the developed world. (Read more on that, here). The standards in Canada are there for good reason, but when quality isn’t on the negotiation table are you just setting up two playing fields?

Then comes the issue of labour. Canada has strict minimum wage standards and extensive migrant worker programs for overseas labour to come in and help on a farm. In the U.S., illegal immigrant labour is common on-farm with as many as half of the migrant workers having no legal status. Add in the 61 percent of these farm workers living below the poverty line and you wonder if cheap, hidden labour can be supported, or have we set our wage and migrant systems up for good reason here in Canada?

Market control is a whole different can of worms. I’ve watched as many in the beef industry have struggled for seven years as the United States legislated a Country Of Origin Labeling (mCOOL) program that the World Trade Organization continued to shoot down as breaking trade rules. Seven years of fighting and Canada is still waiting for someone to live up to their end of a deal.

New Zealand, another country keen to see an open Canadian milk market, doesn’t talk about their chicken sector which doesn’t allow imports in (claiming phytosanitary regulations). Is that sector on the table, or will they continue to control the market to ensure New Zealand’s chicken sector remains viable? And how does Canada address the 92% market share New Zealand’s dairy processor has, of which producers need to buy in with shares that regulate how much milk can be shipped?

Lastly, the dollars at stake in this deal are substantial. In the U.S., subsidies paid directly and indirectly that support farmers are not being talked about when we talk ‘free-trade’. Programs exist to support producers when the market price dips below a particular price, something Canada would need to develop, implement and be ready to pay (with estimates in the millions). But what about other subsidies? If it is cheaper to irrigate, cut, dry and bale hay, and then ship it from Kansas to California than it is to grow that hay behind the California dairy barn – most farmers would start to question why that dairy should be located there, how many government dollars supported the irrigation system three states away – or both?

Trade is good, and important. But to think that trade under any circumstance is good, is simply wishful thinking based on an economics textbook or a personal will. Is the most important thing access to the absolute cheapest you can get a product without considering human rights, the environment, or big-picture economic repercussions?

In the end, countries involved in TPP will do what they think is best for their own country and their own political life. But when a free trade deal doesn’t address quality, cheap and hidden labour costs, enormous subsidies or anything but simple access – we have to ask ourselves why we are so focused on a free trade pipe dream, when fair trade deals that address all of those issues might be a better path to take.

One thought on “The Trouble with the TPP”