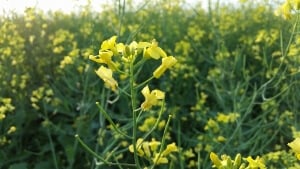 The canola industry has been among the most vocal advocates of Canada being part of a possible Trans-Pacific Partnership trade deal.

So what’s in it for canola growers? According to industry estimates, canola exports could grow by $780 million if tariffs on Canadian canola oil and meal were eliminated across the TPP region.

For this trade-focused instalment of the Canola School, we take a closer look at those estimates, and how the TPP could impact canola exports.

Rick White, CEO of the Canadian Canola Growers Association, was in Hawaii for the latest round of negotiations last week. He discusses what happened in Maui and the status of the talks after ministers from the 12 Pacific Rim countries were unable to finalize a deal.

White also describes some of the specific value-added opportunities that could be unlocked through a TPP deal, including exporting oil to Japan and meal into Vietnam. For Japan in particular, Canadian canola is already at a disadvantage to canola exports from Australia thanks to a bilateral agreement between the two countries.