A farmer recently asked a very simple but extremely relevant question at a market outlook meeting: “Will I ever see high grain prices again in my lifetime?”

The farmer asking this question started his farming career in the early 1980s and remembers the low commodity prices and tough financial conditions in agriculture at the time. The fear was that the grain markets were going to return to many years of low prices.

As usual, simple questions often have complicated answers. My short answer to the question was, “Yes, it is possible to see high grain prices again, but it likely will not happen this year.”

That doesn’t mean that current crop prices can’t improve, but they won’t reach the lofty levels we saw in 2012-13 for some time.

Related: Are We Heading for Another Farm Financial Crisis?

The key to understanding my answer is to examine the crop supply and demand conditions that led to the high and volatile prices during the past seven years and compare them to the market conditions in the 1980s, which extended into the early 2000s. The price volatility and price levels seen since 2007 are the result of three key interconnected conditions: the expansion of corn ethanol, the growth in Chinese soybean imports and historically tight U.S. grain ending stocks.

The current crop market can be characterized by moderate U.S. and world ending stocks levels, stable ethanol use and a growing, but very competitive, export market. In short, back-to-back record U.S. corn and soybean production in 2013 and 2014, combined with expanding production in other key grain exporting countries, has outpaced the growth in consumption.

As long as crop production continues to grow at about the same pace as consumption, crop inventories are large enough to buffer short-term supply chain disruptions. Crop prices will remain low with small bursts of price volatility.

However, if a significant production problem occurs in the U.S. or other major crop production region, or an event significantly disrupts the flow of grain, crop prices can increase rapidly. U.S. and world carryover stocks are not large enough to absorb major supply disruptions. A crop production problem likely will result in higher prices lasting nearly one year, while disruptions in grain flows, often caused by geo-political events, likely will last for several months.

My view is that the next several years will be a blend of the conditions experienced in the 1980s and those seen the past several years. The “typical” market will result in relatively low, stable crop prices and tight farm-level profit margins. But farmers will have periods of rapid price rallies and better profit opportunities.

Unfortunately, the timing of these price rallies are impossible to predict and likely will not last for a long time. This makes developing a crop marketing plan more important, but also very difficult and frustrating. Farmers never will be able to price all of their grain at the peak of the market, but spending time monitoring market conditions will pay dividends.

Dr. Frayne Olson is a Crops Economist/Marketing Specialist in the Department of Agribusiness and Applied Economics at North Dakota State University. His research and teaching focuses on crop marketing, market analysis, risk management and farm management. 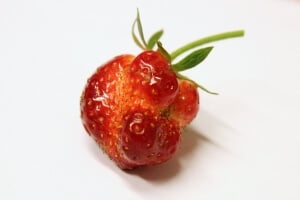 How did you celebrate wheat and barley marketing freedom day?