Grains this week were relatively mixed as a combination of various weather forecasts and new production reports had the trade flip-flopping all over the place. Corn and soybeans were lower with good growing conditions and South American planting starting up. The strength of the U.S. dollar has been waning a bit as expectations were confirmed this past week that the U.S. Federal Reserve did not raise interest rates, helping markets a bit as export sales and inspections have been relatively positive the past couple weeks. Overall, we’re hearing more questions of whether or not harvest lows are in, and it looks like cereals and coarse grains are there, but likely not for oilseeds as they stay on the table for bears to munch on.

Expectations from Australia’s Bureau of Meteorology are that El Nino will likely dissipate sometime in early 2016, which is exactly why one the world’s largest grain traders, Olam, says their bearish on agricultural commodities. Most weather services join the A.B.M. in that they’re forecasting that the El Nino tendencies will start to dissipate sometime throughout the winter, but the way that conditions are turning, a La Nina event looks to be forming.

On that note, in the last 65 years, there have been 21 cases of El Nino occurring, and interestingly enough, in 11 of those years, a La Nina event immediately followed the El Nino. What’s the difference? La Nina usually brings drier weather into North America’s major growing regions and wetter weather into Asia. This basically means that there are some bullish implications, but, keep in mind, most models don’t predict any significant ocean temperature changes for a least another 6 months so don’t manage your risk too much just yet on La Nina.

The South American seeding season is just around the corn and all signs point to more soybean acres getting planted. Dr. Cordonnier of the Corn & Soybean Advisors suggests that soybean acreage in Brazil this year will climb almost 3.5% to 81.5 million acres (another new record), producing a crop that’ll be close to 100 million tonnes in size! Meanwhile, Cordonnier believes the corn acreage number will be unchanged at 38.8 million acres. Granted conditions are a little dry right now to get going in some places, there’s always optimism at the beginning of the growing season.

Looks like somebody’s job at the Farm Services Agency may be on the line after the Prevented Planting acreage numbers that were first released on Wednesday morning were actually the wrong ones. The F.S.A., which is a branch of the U.S.D.A., posted the wrong data on their website at 5AM, triggering a sell-off that morning as the markets thought there was a lot more production available because more acres got planted.

Speaking of screw-ups, there are reports coming out of Russia that farmers are being pressured into inflating their harvest yields and total production numbers! While there has been long-standing questions of whether or not the numbers the Russian Ag Ministry put out are legit (and how they collect the info), Russia’s non-governmental farmers’ lobby group, Grain Union, thinks real output will be about 10 million tonnes, not the 103 million tonnes that Moscow is currently calling for! Regardless of how big the Russian crop actually is, the fact remains that they continue to in win international business, despite large competitors like France producing big crops (but it has nowhere to go!)

On that note, the U.S. Wheat Associates came out with an interesting study showing how farm subsidies in China, India, Turkey and Brazil are keeping almost $950 million out of potential American wheat revenues. I’ll have to respectfully disagree with the producer group though as they suggest that if these 4 countries were to eliminate their domestic wheat subsidies/support, U.S. farmers will look to produce another 50 million bushels.

While they suggest the U.S. would capture 20% of the new import demand from this countries, if you haven’t noticed, the Black Sea is dominating the export game right now and, albeit I trust the U.S. Wheat Associates’ math, I don’t believe you’ll see the Black Sea export game slowing down with their weakened currencies.

With a bigger crop expected to come off in Australia thanks to better-than-expected growing conditions, A.B.A.R.E.S. (basically the Aussie U.S.D.A.) raised their expectations for exports for grain leaving the Land Down Undaa. Thanks to expected output to reach 25.3 million tonnes, wheat export estimates were hiked to 17.53 million tonnes, up 1.07 million tonnes from the previous estimate and almost 1 million tonnes higher than last year’s numbers. Indonesia is expected to remain the big buyer of Aussie wheat, accounting for about 25% of all Australian wheat exports, albeit it’s worth noting that Black Sea wheat is trying to make its way into the Southeast Asian market more and more (and given the price, it likely will be able to).

As for canola, 2.3 million tonnes of the oilseed are expected to get shipped out this year, and albeit the number is 143,000 tonnes higher than the previous estimate, it is a 4-year low (the EU remains the largest buyer of Australian rapeseed). Sidenote: A.B.A.R.E.S. also took a crack at guesstimating the Canadian canola crop, suggesting that 13.3 million tonnes of the Prairie black gold will get taken off this year.

Ending with the Great White North, Statistics Canada came out with some new yield and production numbers in a report that mostly went unnoticed by the market. The new numbers, which showed lower yields than last year across the board, were based off of a combination of agroclimatic data, coarse resolution satellite data, and StatsCan’s field crop reporting series. It suggests that Canadian farmers this year will produce 14.4 million tonnes, a significant hike from the previous estimate of 13.3 million tonnes and outside of most other estimates. Meanwhile total wheat production was set 25.3 million tonnes, including 4.8 million tonnes of durum.

Net-net, I’m not sure how much bigger the crop got after August, plus the colder temperatures and rain as of late aren’t helping those trying to get Harvest 2015 finished up. The broader focus remains on demand for grains and oilseeds as we have relatively decent size crops. Currencies will also continue to play a factor as global macro winds have eased a bit with some decent Chinese data and the U.S. Federal Reserve staying mum, but it’s not like the risk is off the table yet. 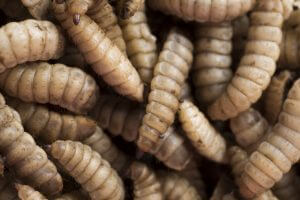 Upcycler AgriProtein set to fly with 20 farms in U.S. and Canada

Self-proclaimed 'waste-to-nutrient upcycler', AgriProtein, is set to build 20 farms in the United States and Canada — fly farms, that is. The company started building its first commercial-scale factory in 2014. Just two years later, it announced the securement of 17.5 million USD in capital just to fund expansion in Europe, North America and Asia.…Read more »

A pivotal November ahead — this week in the grain markets

StatsCan Production Estimates on Low Side of Expectations