As if an automated feed-pusher and barn-cleaner weren’t cool enough, Lely has announced a control panel option for the iOS platform, in addition to its Android-based app. 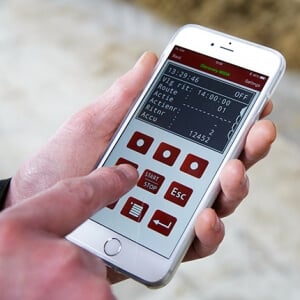 Farmers with a Lely Juno feed pusher and/or Lely Discovery mobile barn cleaner will now be able to operate these robots with an iPhone, iPad or iPod through Lely Control, says Lely. Lely Control can be downloaded for free in the App Store.

Teus de Jong, Product Manager Feeding products at Lely International, says that a similar application for Android phones, which Lely introduced in June 2014, was so successful that an Apple version could not be excluded.

See more: Check out the Lely Juno in action

Using a Bluetooth connection, farmers can control their Juno and Discovery from a longer distance than the current E-link control box. Farmers can pause the machine(s) from the feeding alley without approaching the machine, says de Jong.

Lely Control also allows for multiple users to operate the same machine, requires less maintenance than the current set up, and will make Lely software and functionality updates easier in the future, the company says.

Farmers that already work with a Juno or Discovery can order a ‘retro fit’ from their Lely Center, says Lely. That package replaces the current E-link for the Bluetooth receiver. Farmers can contact their local Lely Center for more information.