Nuffield scholarships of $15,000 each are awarded to men and women who are judged to have the greatest potential to create value for them, their industries and their communities through their Nuffield Scholarship experience.

This year’s scholars are set to study precision agriculture, supply management in the turkey industry, and social license for sustainable beef production. The scholars will study internationally for a minimum of 10 weeks to explore their chosen topic.

The inaugural Grain Farmers of Ontario scholarship goes to Tony Balkwill. Balkwill, is an independent agronomy specialist based out of Southern Ontario, and owns NithField Advanced Agronomy. With his Nuffield Scholarship, Balkwill will be looking at the challenges of accurately modernizing historical soil type maps into field specific management zones by studying the geology and make-up of agriculture soils and how they can be a foundation and predictor for variable rate farming, with the aim of increasing production potential and sustainability. He is on Twitter as @TonyBalkwill.

Clair Doan is a passionate advocate and turkey and grain farmer and is also the Associate Vice President of Agriculture for Ontario at National Bank of Canada. Along with his wife Kathryn and daughters Carmyn, Sophia, and Charlotte, Clair lives near Norwich, Ontario. Clair’s Nuffield project will focus on how Canada’s supply managed sectors, particularly poultry farmers, can manage during times of uncertainty with increased political and global market pressures. As an advocate for our system, Clair seeks to gain a thorough understanding of production and marketing models abroad. His focus is to ensure the industry remains relevant and competitive while seeking market opportunities. Clair Doan is on Twitter as @ClairDoan.

Also new for this year is a sponsored scholarship by Glacier Farm Media, awarded to Tim Smith. Smith successfully rebuilt and grew a successful 800 head cow/calf cattle operation. He and his family also own a custom forage harvest business, harvesting several thousands of acres each year. Through his Nuffield project, Tim plans to research the valuation of ecological goods and services provided by cattle ranching. He believes there is much to be gleaned in studying how other cultures recognize and valuate pastoral benefit. His interest is in the development of national support to encourage and improve sustainable habitats, as well as how that support is transferred to the actual stewards of the land. Tim Smith is on Twitter as @Tim_Smith68. 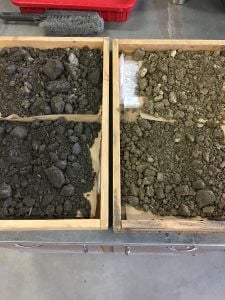 How will you celebrate Food Day Canada?