It’s the first week of September and the west is waking up to some frosty mornings, while Ontario watches how high temps can climb with a humidex.

This week has been a rather big one for many, as kids head back to school, harvest kicks into high gear, and, yes, our editor, Lyndsey Smith, has announced she’s moving on.

But before she goes, she gets to host This Week on RealAg, where she sums up the week’s biggest ag news — from Bern’s trip down south to Farm Progress, to the critical harvest period for hay, and onto to the Canadian Federation of Agriculture announcing an ag leaders debate set for end of the month in Ottawa.

And, in case you missed it, this week’s Thumbs Up, Thumbs Down question also centered around the election. Following on the heels of Kathleen Wynne endorsing Liberal leader Justin Trudeau, we asked, “Should premiers endorse federal candidates?” Have your say, here. 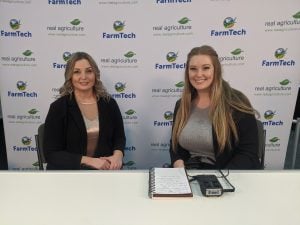 Bell Let’s Talk: Every action counts at home and in the field

January 29th is Bell Let's Talk day, a day focused on raising awareness of  mental health through social media sharing. Started in 2011, the day has raised millions of dollars for mental health support. At this year's FarmTech, held at Edmonton, Alta., farmer Christi Friesen took the time to sit in the RealAg Radio booth…Read more »

Morriss, Pakosh and Streichs to be inducted into Manitoba’s Ag Hall of Fame

Over $6 million in federal funding announced for Canadian pork industry