Grain prices this week did not fare so well as the complex dealt with outside pressure from other commodity and equity markets, harvests, and good growing conditions. Most front-month contracts on the futures board dropped 2-5%. The decline started Monday with economic data out China showing its factory activity contracted at the fastest pace in three years (basically a confirmation the country’s economy is slowing). StatsCan also came out with a very bearish, but somewhat unreliable report that didn’t help anyone hoping for higher prices. 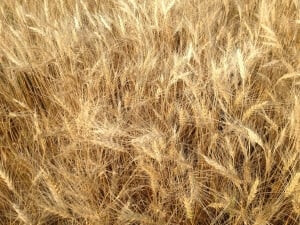 The Russian wheat export tax has likely limited the amount of product international buyers are looking for as, since the end of August, marketing-year-to-date wheat exports are down over 37% from the same period a year ago.

Why? Despite the Russian ruble down about 24% from a year ago, the value of Russian wheat paid in rubles has appreciated by about 20% since July, making Russian wheat the cheapest in the world.

This is exactly why Egypt has bought over 225,000 tonnes from their suppliers to the north (170,000 from Russia, 55,000 from Ukraine) in the last week, paying delivered prices between $188 and $191/MT USD. While the price is higher for Russia producers (because of the aforementioned appreciation), the rest of the world is left wondering if they can be competitive with those prices, even if Putin is putting export tax on his comrade’s wheat.

It’s more evident than ever that Russia may be the world market’s go-to for wheat this year, should the tax not become too much of a burden. Even though France dropped its offer price by $11/MT from last week to this week’s Egyptian tender, Russia still won.

Russian wheat isn’t just heading to Egypt, but they’re taking market share of American wheat in Nigeria and Australian wheat in Indonesia, among other places. Even in Europe, cumulative E.U. wheat export licenses are down 28% compared to last year — to just 3.33 million tonnes!

While some of the slow wheat trade could be attributed to Black Sea supplies winning more business, the fact remains that demand seems to be a bit paltry. The only bullish factors in the complex today seems to be restricted to Brazil possibly having to import more product from outside of South America, Russian winter wheat getting seeded into dry fields, and a smaller U.S. winter wheat crop (that’s also of lower quality).

Arlan Suderman from Water Street Solutions points out that “this year’s corn crop moved through the dough stage about a week faster than normal and through dent about 10 days faster than normal” which isn’t all that great for yield potential.

Put simply, many analysts are going the opposite way of the USDA and Allendale, instead lowering their expectations.

Still, I’m going to go ahead and say though that this survey means squat — do you know how much can happen between now and April 15th when the drills get tuned up?

Speaking of “squat”, StatsCan came out with a stocks report on Thursday that blew everyone’s mind because their estimated grain inventories report came in way above expectations for most crops. Perhaps most notable was the pre-report estimate for canola, with a 1.7 million-tonne carryout. Remember the government said that there were still 2.3 million tonnes available at the end of July. Bizarre? Yes most of the market thought so, although, even at 2.3 million tonnes, that’s a 23% drop year-over-year. As for wheat, the carryout also came out on the high end of pre-report guesstimates, weighing in at 7.1 million tonnes, a 32% decline from July 2014. 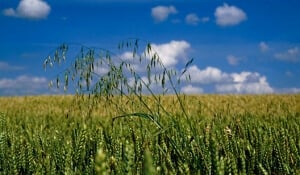 Total durum supplies dropped 45% from a year ago, while oats and barley stocks dropped 35% and 38% respectively. Conversely, Canadian flax supplies were up 5.4% to 97,000 tonnes, joining peas as the only crop that saw a build year-over-year, with the pulse crop’s inventories growing 30% to 429,000 tonnes. On the flipside, lentil supplies were half of what they were a year ago, which explains why prices are remaining elevated.

While there are more than a few questionable math discrepancies, the point is that these are the numbers we now have to play within. More specifically, all Canadian crops except for canola ended July with a carryout that was larger than their five-year average.

Ultimately, in the last few months, we’ve seen the game in front of us change.

Compare things to a year ago: harvest had barely started and yet, this year, soybean leaves are dropping all over North America (29% of the Saskatchewan crop’s been harvested — more than double the five-year average).

Prices have been fairly volatile and there have been some great opportunities to sell into some various rallies, including small red lentils recently, which after a month of seeing momentum climb, prices dropped this week by 2-3 cents/lbs.

Another example is in canola, as prices are now hovering near $455/MT on the November, a far cry from the $521/MT it closed on July 17, when we suggested it was a good time to make a sale.

Will we see more rebounds?

We could easily see some higher moves later this winter should an El Nino strike, which would be especially notable for pulse prices. But wouldn’t you rather make at least some sort of sale now, when you can (10-20% of total production), and not be forced into taking a lower price later if higher prices don’t materialize? or the market drops off? or you have to make a sale for cashflow needs?

We still have more questions than answers on El Nino, and the way the supply side of the market is looking in most crops, my confidence that prices will rally more than 20-25% is waning. 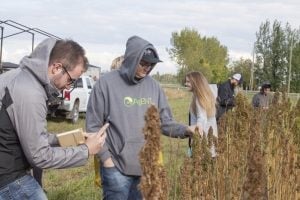 Futures dip on export numbers — This week in the grain markets

Weather complicates harvest estimates – This week in the grain markets