Grains finished the last full week of trading in September in the green thanks to some unfavourable weather conditions in Europe and Asia, and better-expected-export numbers for U.S. sales. While crop progress reports in North America continue to show that things are ahead of schedule & crop quality is relatively decent, some good buying strength has returned to the table. Does this mean up, up, & away for grain prices? Hardly.

The reality of markets is they can go down just as quickly as they can go up. Bearish headlines like the International Grains Council raising wheat production and ending stocks estimates and grain companies pleasantly surprised by earliest harvested U.S. corn and soybeans will rein in any bulls. Ultimately, we will need to see this sort of demand sustained for a few more weeks before we can concretely determine that bearish-neutral headwinds are changing.

The Russian government has proposed lower its current wheat export tariff, which may open the floodgates for wheat shipments, given the country is set to harvest a record crop of over 60 million tonnes! SovEcon says that the way the current tax is set up, it’s taking about 10% of the farm gate price out of farmers’ pockets b/c exporting companies are pricing these taxes in to their domestic prices. Since July 1st through mid-September, only six million tonnes of wheat have been shipped out of Mother Russia, a drop of 23% compared to the same period in 2014, so a change in the export tax could open the doors a bit more.

Staying in the Black Sea, drier conditions across most of the region is delaying seeding, in addition to stressing germination. Bear in mind though, that fall seeding conditions were also very dry last year and yet, the Black Sea 2015 wheat harvest is one on of the largest on record! (What’s the saying? Seed into dust and the bins will bust?) Similar concerns are mounting Australia where some hotter temperatures are coming around just as the Aussies are gearing up for Harvest 2015 in the Land Down Undaa.

Switching over to demand, the Chinese federal government has decided to end its subsidy program for canola growers, and instead leaving it to provincial regimes to dictate how they want to incentivize their farmers to grow the black gold. More than a few grain buyers are optimistic that this could mean more canola imports by China down the road but sales are slow right due to the lack of the demand and poor crush margins.

Even with the Canadian currency being significantly lower than a year ago, crush margins are more than half of what they were a year ago at just under $40/tonne, despite prices being below $400/tonne a year ago. Further, depending on how much of an effect El Nino has, bountiful canola supplies in the Land Down Undaa (Australia) may be able to compete price-wise with that of Canadian goods.

Speaking of export competition, the Brazilian Real hit record lows against the U.S. dollar this week, topping out at a 70% decline over the past 365 days. This, intuitively, makes Brazilian soybeans (and any other exportable product) one of the cheapest in the world in U.S. dollar terms! Conversely, the domestic price that farmers are getting paid in Reals is one of the best, which is exactly why more analysts expect more soybeans to get planted in Brazil this seeding season and they also expect more exports in 2015/16.

Alas, this week Chinese soybean buyers committed to purchasing 13.2 million tonnes of U.S. soybeans in their annual escapade to the U.S. Midwest for a signing ceremony. The agreement, worth about $5.3 Billion USD, almost triples the commitment the Chinese made last year for 4.8 million tonnes, but it would still only account for slightly less than 17% of the expected 79 million tonnes the People’s Republic will import in 2015/16.

Speaking of U.S. exports (and per Tregg Cronin of Halo Commodity Company), wheat data U.S. soft red winter wheat movement in terms of quality and size has been mostly in line with what we saw a year ago, despite everyone thinking the quality of this year’s crop as abysmal. It’s hard to disagree with the argument that either the quality of the U.S. wheat harvest wasn’t as bad as once thought, or all the crappy stuff is being held on farm still, with the best product being sold first.

Conversely, some of the earliest fields being taken off in the Midwest continue to show surprisingly numbers as. Similar things are being heard with the first of the soybean crops coming off, with yields being pretty good. The question I’m asking though, since these are some of the first fields, will these be the best? Simply put, will the pleasant surprises give way to more of average or even below expectations in later-harvested fields.

Overall, grain prices continue to see quick rallies on headlines while harvest 2015 pressure endures. Bearish winds are moving in on feed grains in our opinion as some later-harvested cereals are getting affected by rains and frost, not to mention another big U.S. corn crop. Conversely, higher quality cereals (i.e. wheat) will likely see some upside in the winter months & given where the Canadian Dollar & prices are at today, locking in some basis isn’t such a bad idea. On the flipside, bearish tides remain in the oilseeds market and proactively managing that risk by also considering at least a basis play shouldn’t be ignored. 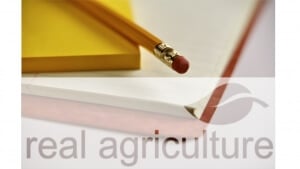 Editor's note: This letter was sent to the federal ag minister and several producer groups earlier this month. We are writing to request your support for the creation of a new producer-driven national farm organization that would work to solidify marketing systems for grains, oilseeds, pulses and special crops. While it is widely agreed that…Read more »

Good Weather Reins in the Bulls — The Markets This Week

Gains ahead of WASDE – this week in the grain markets