Apologies to the Thanksgiving turkey, but the word “poultry” is being dropped from the name of one of the biggest animal science departments in the country.

Now, after this long and thorough consultation period, the department has the green light from the university to change its website, letterhead and everything else that goes along with adopting a new name.

There’s nothing nefarious about this change. Other animal science departments elsewhere have done something similar. In Guelph’s case, the change reflects a couple of new realities for the department — and even some old ones.

For example, animal biosciences has always been a leading-edge unit, having been instrumental in creating the likes of consumer products such as omega-3 enriched eggs and milk, and numerous advances in everything from animal welfare and aquaculture to zoo animal diets. As far back as the late 1980s, some departmental researchers created a pioneering group called the Centre for the Genetic Improvement of Livestock, which was using computing power to amass big data and create livestock production models at a time when the rest of us were still fumbling with our floppy disks.

So progress is indeed part of the department’s culture. Now, it’s taking the next step, and retiring the word poultry is part of the way forward.

New department chair Prof. Jim Squires wants everyone to know researchers are not abandoning their emphasis on poultry studies, by any means. They remain committed to poultry, one of Canada’s most important protein sources.

But as part of the department’s name, poultry reflects a day long gone by. Back in 1971, two units on campus merged, the Department of Poultry Science, and the Department of Animal Science. The smoothest way to accommodate the merger, and to recognize the significance of Guelph poultry research to the university and to the agricultural sector, was to simply merge the names.

And that’s what the powers-that-be did.

Now, by retiring poultry and adding bio, they’re acknowledging what the department’s research coordinator Prof. Kees de Lange calls “the increasing emphasis on understanding animal biology to support our livestock industries and the management of companion and zoo animals.”

Indeed, the departmental faculty members, which generate about $6-8 million a year in research funding, have come to create new partnerships and connect with new end-users for the knowledge they generate. They have new research technology to draw on, and new colleagues to work with, to take their studies to the next level. And they have 900 undergraduate students and 120 graduate students. It’s the most energetic, engaged and enthused the department’s been in modern memory.

In essence, it’s reinvented itself.

Except now, the understanding — and the questions — are growing considerably. For example, researchers need a wider grasp of aspects of an animal’s biology to understand how to better manage environmental conditions for animals, how to deal with disease (including outbreaks), and how to generate value-added animal products.

They have advanced tools to help get the job done. These include DNA sequencing of animals and microbes, gene expression analyses, working with a wide range of proteins that regulate cell, tissue, and whole animal function, and more. The rapid computing capacity for interpreting huge data sets and developing animal simulation models is continuing to grow.

And the changing expertise of departmental personnel reflects a combination of new capacity and priorities. For example, new chair Squires is a molecular geneticist, with a speciality in pork. Other new hires are being made in genomics, nutrition, physiology and animal welfare, with specialities in poultry, equine, beef, dairy and companion animals. It’s highly diversified.

In the department, like the industry itself, there’s widespread recognition of the breadth of an animal’s needs. That means not only what it needs dietary wise, but also its housing requirements. Guelph animal science researchers are renowned for expertise in animal welfare, for farm animals, companion animals and zoo animals. At many levels, the same expertise that helps researchers understand how to keep food animals healthy also works for exotic species, and even for humans.

All this work is assisted greatly by research facilities provided through the agreement between the University of Guelph and the Ontario Ministry of Agriculture, Food and Rural Affairs — mostly recently, the new $25-million Livestock Research Innovation Centre.

Change is constant. The department now has a name that will better accommodate change, as well as the new complexities the livestock industry – poultry included.

Happy Thanksgiving to all producers, to the industry that serves them, and to the consumers that benefit from their hard work. 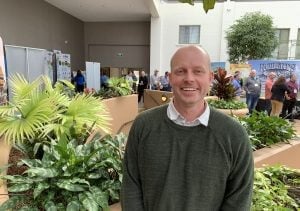 Like most Ontario farmers, 2019 was a trying year from Mike Belan. The Lambton county farmer sat tight last spring as his Brookston clay loam soil absorbed heavy rain, but Belan was confident his farm could withstand Mother Nature's moisture assault. He's learned to be patient thanks to a 30-year investment in building healthy, resilient…Read more »

RealCropReport – Altona Tries to Recover from the Early Spring Frost

Teens Taking Chances with Food Safety — And We’re All Affected

Al Mussell – Does Canada Need to Dismantle Supply Management in the TPP?