“The CPS Canadian Research and Development team has invested heavily in discovering and breeding new hybrids that will provide canola growers with increased levels of clubroot resistance,” said Ryan McCann, Director – Seed, CPS Canada, in a news release on Tuesday. “Our hybrid program includes incorporation and testing of novel genes that offer a high level of resistance to multiple clubroot pathotypes. We consistently focus on delivering increased yield and yield stability through disease resistance.”

CPS has been working with the University of Alberta and Agriculture and Agri-Food Canada, providing source material from the company’s germplasm.

“CPS initiated this collaboration with the U of A in 2012, and one of the objectives was to deliver CR-resistant genes to the market in competitive canola hybrids. We’re very pleased with the progress that’s been made and farmers will benefit from the good work that’s been done,” said Habibur Rahman, professor of canola breeding the U of A. 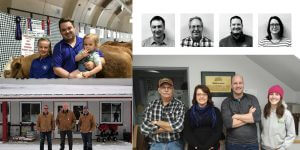 The Thank A Retailer contest has come and gone and four small towns are now $15,000 richer. ADAMA's contest, which was open to all Canadian ag-retailers, required that communities build support online through voting. Winners for this year include: B.C./Alberta region: Olds Fertilizers and Sundre Soil Services will support the Sundre Hospital Futures Committee, which is…Read more »

A Two-Year Review of the Wheat & Barley Check-off