Canada’s pork sector is welcoming the conclusion of the Trans-Pacific Partnership negotiations, specifically the market access the trade deal would provide into Japan.

“While we look forward to seeing additional details in texts that become available in coming days, based on what was announced, the CPC strongly supports Canada participating in the Trans-Pacific Partnership,” said Canadian Pork Council chair and southeast Manitoba farmer Rick Bergmann, following the conclusion of the 12-country TPP talks in Atlanta last week. 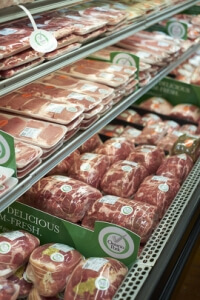 A study conducted earlier this year by Guelph-based livestock and meat market analyst Kevin Grier showed the Canadian pork sector could lose at least $330 million in annual export sales if it was left on the sidelines of a TPP deal involving the U.S. and Japan. Grier determined that was the equivalent of around 4,500 jobs and an estimated $5 per head for Canadian hog producers.

“It would have been a disaster if the Americans got something that we didn’t. It appears the Canadian and American access (into Japan) is the exact same,” says Grier in the interview below. “The Canadian industry has bitter memories of the U.S. accessing Korea in a free trade agreement. We didn’t get it and lost out big time in Korea. The industry believes if the same thing would have happened with Japan, it would have made Korea look like nothing.”

Not only would the TPP keep Canadian pork competitive with U.S. product, but it would also give Canadian exports an advantage over pork from the EU and Brazil, he notes.

Tariffs would also be reduced on Canadian pork moving into the growing market of Vietnam, says Grier.

The final text of the deal has yet to be released. The agreement must also be ratified by the 12 participating governments.

Kevin Grier shares his assessment of what’s known about the TPP deal and what it means for Canada’s pork industry:

Canada needs to think bigger on its Indo-Pacific strategy

A new mental health program for farmers called In The Know is being piloted this month in Ontario. Three versions of the program — developed over the past year at the University of Guelph with PhD candidate Briana Hagen and the guidance of a 30-member advisory committee consisting of farmers, veterinarians, mental health experts and…