Statistics Canada has raised its production estimates for wheat and canola, but there’s a good chance the final numbers after harvest will be higher, according to the head of ProFarmer Canada.

The September StatsCan estimates, based on a survey of 9,300 farms conducted between September 3 and 13, were released on Friday morning.

The all-wheat estimate of 26.1 million tonnes was on the higher end of trade expectations, but Mike Jubinville, in the interview below, says he expects it could climb to around 27 million in future StatsCan reports.

“I think the sense is from the August report to now, the numbers are getting a little bigger, and the perception is ultimately, the final numbers on wheat, canola and other crops are probably going to be a bit bigger still,” he says. (continued below)

The canola estimate of 14.3 million tonnes was in line with — maybe slightly below — analysts’ expectations , but Jubinville suggests the canola number also has room to grow thanks to improved weather in the second half of the growing season in Western Canada.

What does this mean for marketing your 2015-16 crop? Listen to the audio for more on what Jubinville expects in the coming months. 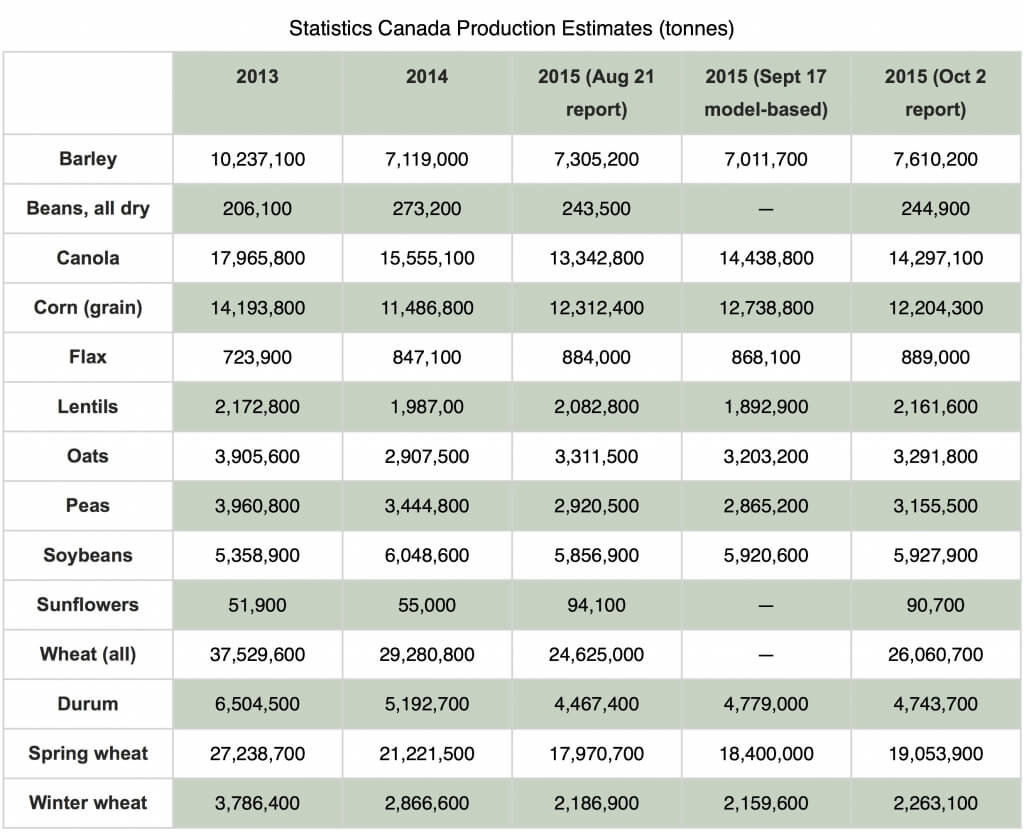 And yield estimates for the prairies… 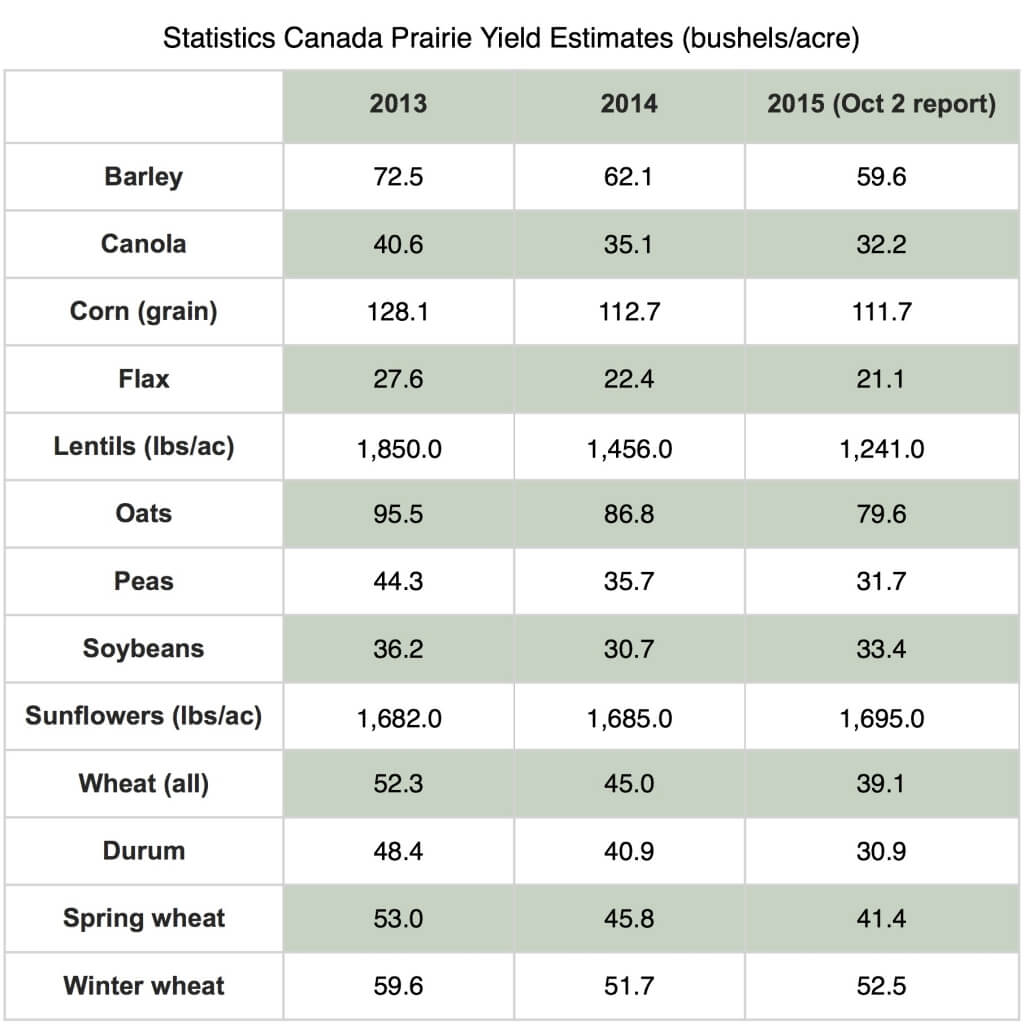 The Agronomists is a weekly deep-dive into agronomic issues, featuring commentary from several leading agronomists, with video clips, questions, and lively banter on the topic of the day. Whether you're a professional agronomist, farmer, or just want to learn more about growing crops, this show is for you. The Agronomists is live broadcast Mondays…