The Canadian dairy sector’s problem with too much skim milk supply could get worse if the Trans-Pacific Partnership becomes reality, according to analysis done by Al Mussell and his colleagues at Agri-Food Economic Systems. 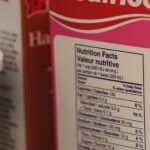 Milk, in simple terms, consists of butterfat and skim milk, with Canada’s dairy quota production system based on demand for butterfat.

As Mussell explains in the interview below, Canada already has a major structural surplus of skim milk powder. The TPP could make the situation worse, as according to government documents in other TPP countries, the trade deal would eliminate tariffs on imports of milk protein isolates and whey powder, which are substitutable for skim milk in cheeses, yogurts and other dairy products.

“There’s not some burgeoning mass of milk proteins on the border that will inundate us, but we’ve created the potential that those imports may occur,” he says.

That means the impact from the TPP could be larger than originally anticipated when the government announced it had opened up only 3.25 percent of the domestic dairy market to imports, says Mussell.

With milk protein isolates not defined as a dairy product under the North American Free Trade Agreement, the U.S. has already ramped up duty-free exports to Canada (see chart below). The TPP would extend the same access to Australia, New Zealand and other participating countries, notes Mussell.

While imports are growing, the World Trade Organization capped the amount of skim milk Canada can export in the early 2000s, so excess supply must be absorbed domestically.

So what can the Canadian dairy sector do to address the skim milk surplus, made worse by climbing imports of substitute products?

After dumping some skim milk this summer, Dairy Farmers of Ontario, together with processors Gay Lea Foods and Parmalat, has proposed a new milk price class where skim milk solids will be priced at world prices, notes Mussell. With negotiations also underway at the national level, he believes the intent is to have this world price milk class compete with imports, and perhaps open up export opportunities.

“It’s a way of moving some of those non-fat skim solids out of our marketplace and bringing it back into some semblance of balance. Otherwise, frankly, we’re under threat of the whole system collapsing under the weight of the surplus non-fat solids that we have. That’s the simple reality that we’re attempting to grasp,” says Mussell.

How can the Canadian dairy industry bring its skim/butterfat supplies back into balance? Could the growing skim milk surplus affect public perception about the dairy marketing system? Al Mussell spoke with RealAg’s Kelvin Heppner:

Excuse Me, Where is Alberta’s Agricultural Plastic Recycling Program?