The grains market continued to trade through the U.S. Thanksgiving week a bit quieter (par for the course) against a stronger U.S. dollar, but ended the week a bit higher thanks to some decent U.S. export sales for corn and soybeans. All things being equal, global trade continues to be encouraged by low ocean freight (read: low oil prices and more ship supply,) but currency fluctuations seem to provide opportunities for buyers to pick and choose between origins, which, like the recent weather change, can be a cold surprise for some players.

It’s been reported that the wheat being taken off in areas of southern Australia isn’t the greatest as kernel size, protein, and test weight in New South Wales and Victoria provinces are quite varied. The result is widening spreads for grades with feed-quality wheat being pressured as the Aussie harvest progresses. That being said, the Australian cattle herd size is near record highs with almost 1 million animals on feed and that the increased supply of feed wheat will be offset by decent demand from the livestock sector, but there is expectation that, thanks to strong international beef demand, cattle numbers will fall going into 2016. 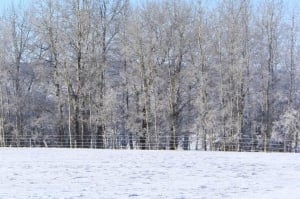 On the other side of the country, Western Australian farmers are starting to hold onto their harvest as Australia’s largest grain handler CBH notes, “growers have not been proactive sellers, and with 40%-50% of wheat harvest complete, it looks like growers will hold on until better values are evident.” Thus, it’s no surprise that, thanks to a depreciating Eurodollar and lower ocean freight, the door has been opened for French wheat exports to trade into Indonesia, predominantly an Aussie wheat stronghold.

Egypt also bought half of their recent 240,000 MT wheat tender from France, with the other two 60,000 MT cargoes coming from Russia & Romania. Speaking of the Black Sea region, recent forecasts suggests a milder winter for Europe, but a wetter spring, which would be bearish given that most of Europe is looking for soil moisture levels to get replenished. Even so, the cost of planting rapeseed in Europe has become more expensive (smallest crop in 7 years is expected in the UK) while wheat seems to continue to be the easiest to seed.

Some hotter temperatures in India (thanks El Nino) are leading to slower and/or smaller plantings of wheat and rapeseed crops there, suggesting that imports of cereals and veggie oils in 2016 is sure to be higher. That being said, the Indian government is asking producers to plant more oilseeds and pulses instead of water-intensive crops like rice, “but the uptake has not been satisfactory” according to local development officials as they try to deal with back-to-back droughts.

It’s not really surprising though that farmers want to grow things like rice, sugar, and wheat because those crops have been historically incentivized by the government to grow (AKA they’re crops that sell!). That being said, 3 consecutive years of drought have never been seen in India before so we’re venturing into some unknown territory. Given the increase in pulse crop prices, I’m surprised that there isn’t more interest there, but perhaps the farmers in India don’t see and/or understand the buying activity that is happening in Western Canada!

This will obviously keep a lid on canola prices moving forward, but there has been some good opportunities to lock in above $10.50/bushel for spring 2016 movement. Another pressure to the oilseed is the ever-growing global soybean supply. Good weather is being forecasted for South American production over the next few months, meaning that the almost 160 million tonnes estimated to come off between Argentina & Brazil alone will likely materialize.

On that note, the big news of the week came on the evening of Sunday, November 22nd as a new pro-business leader was elected as President in Argentina. The move is another link in a chain of hopeful moments of change for a country that, going back all the way to the early 1900s, has been a country that has yet to realize its full potential as a developed nation. Specifically, since the country defaulted on its debt back in 2001, it has been plagued by 20% – 30% annual inflation!

So what does this have to do with the grains markets? New Argentine President Macri is planning to immediately cancel all export taxes on wheat and corn, and kill the 35% export tax on soybeans through February. This is significant considering that it’s been estimated that Argentinian farmers are holding onto about 22 million tonnes of grain that they’ve been waiting to sell once the new government relaxes the export taxes. Further, add in that their harvest starts around February, it could turn out to be a constant rush of South American product flooding the market.

That being said, the U.S.D.A. is currently forecasting 5 million tonnes of wheat to be exported by Argentina this year, 16 million tonnes of corn, and 10.75 million tonnes of soybeans, but with this new government, it may not be unrealistic to add 10 or 20% to these numbers. The interesting thing moving forward though will be watching the soymeal market though as Argentina has been the #1 exporter of the feedstuff for a long time (almost 47 million tonnes in 2015/16 forecasted by the USDA!) but with it looking cheaper to export soybeans, the soymeal processing piece may become a smaller denominator in the scheme of things.

Staying in the feedstuffs, discussions are mounting over China dropping its minimum domestic corn price, thus leading to imports by the world’s largest grain consumer are being challenged. Case in point, barley imports by the People’s Republic has doubled twice since 2013, including one million tonnes imported in October (main suppliers being Australia, France and Canada). However, the International Grains Council has recently cut its number for Chinese barley imports to 6.5 million tonnes (8.4 million previously forecast) and Chinese sorghum imports to 8.3 million tonnes (10.6 million previously estimated).

Overall, with current global ending stocks-to-use ratios at relatively high levels for corn, wheat, and soybeans, money managers around the world continue to think that there’s more downside in commodity prices yet as the global economy continues to slow. Per the Bloomberg Commodity Index, raw material prices are trading near their lowest level since 1999, and with China slowing, supplies of commodities bountiful, and the U.S. Federal Reserve possibly hiking interest rates soon, the guys who manage billions on in New York, Hong Kong and London may be right. Accordingly, it’s time to grab the longjohns and button up for some colder months, because of both the weather and grain prices trending sideways.

Soybean shuffles and canola climbs — This week in the grain markets

Chasing Headlines — This Week in the Markets