With no real weather headlines this week except for snow finally hitting the ground in many places across Western Canada and the U.S. Midwest, the market has been relatively mute. Add in a stronger U.S. dollar this week and the market heading into U.S. Thanksgiving week, the grains complex has been quiet, with no real momentum to climb the current wall it’s facing. Oats was the bright spot of the market, closing up over 5% for the week (keep in mind, a 5% move in oats in Chicago means it went up by only $0.10/bushel). Chicago wheat and canola both fell this week about 1.4% as stagnant demand seemed to keep selling subdued. Soybeans, conversely, ended the week in the green while corn ended the week up 1.6% thanks to strong U.S. export sales last week for the two major row crops.

U.S. soybean sales to China (the biggest buyer) thus far in the marketing year are still 47% below what they were a year ago. Where has all the action gone? South America, of course, as with currency changes, Brazil and Argentinian options are much cheaper (though service may be a bit more volatile). Conditions in Brazil’s two main soybean-producing regions, Mato Grosso and Goias, are good but there are some concerns on spotty rains for freshly-planted acres. With the aforementioned strength in the U.S. dollar, and the run-off vote for the Argentine leadership race on Sunday, November 22, South America looks to remain the hot spot for soybean movement.

Accordingly, Argentina is looking increasingly like it is “open for business,” as the two candidates left standing (Macri and Scioli) have promised big changes. As a result, many big business names around the world are now looking at the country as increasingly opportunistic in terms of growth, including Bunge, ADM, Monsanto, and Goldman Sachs, who all expect a significant increase in grain sales and exports in 2016 from Argentina, regardless of who gets elected. For the record, Argentine grain exports between January & November were 18% lower in 2015 than the year previous.

While companies are excited about doing business and farmers are excited about the removal of wheat and corn export tariffs, and incremental declines for soybean export taxes, the bearish implications mean a competitive supply (welcome to the global grain trading game where government subsidies, duties, and export taxes can swing competitiveness in a matter of months!). Already, the Argentine Farm Ministry is forecasting this year’s soybean acres to increase by 4% year-over-year to 50.9 million acres — a new record. The offset of this is Argentinian wheat acres dropping by an incredible 24% from last year to just 9.9 million acres, indicating that farmers in La Argentina could be less bothered with wheat when there’s more revenue opportunity in soybeans.

Brazil is usually the biggest buyer of Argentine wheat, so if they have to source elsewhere, the first option these days seems to be the Black Sea, given its cheap FOB option and even cheaper ocean freight (the Baltic Dry Shipping Index dropped to an all-time low this week). Nonetheless, it’s a matter of keeping stock of the remaining inventories left in the region, as producers have put less winter wheat acres across the Former Soviet Union states. 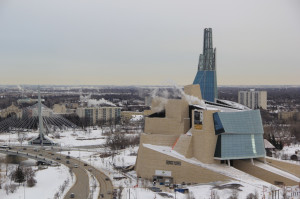 Less buzz is being given to El Nino these days & more forecasters are looking over their shoulder at the cold air coming down from the North Pole. Looks like your favourite phrase, the “polar vortex” is back (also known in Canada as “slightly colder than normal weather”). While this is likely a positive for an energy markets rebound, we all remember 2013 when grain movement was slower due to cold temperatures. Further, a harsh winter could negatively impact winter crops that don’t have adequate snow cover. The question I’m asking is: will a colder winter act as a catalyst for higher grain prices? A few pops in the wheat market wouldn’t be outlandish but don’t expect things to trend higher consistently.

We’ve seen pulse crop prices continue to climb as concerns over the Indian rabi crop remain in place and demand is seemingly strong, especially with the United Nations declaring 2016 the Year of the Pulse. On the FarmLead Marketplace this week, we saw old crop small red lentils go from trading 45 cents/lbs to 50 by the end of the week (mostly thanks to a major grain company whose name rhymes with Yogi Berra). Large green lentils aren’t too far away from 55 cents/lbs, and green peas continue to be the kid-who’s-picked-last-for-the-game, with old crop prices hovering around the low $8/bu handles, but we have some seen some exciting strength in yellow peas again, with $10.50/bushel trading this past week. 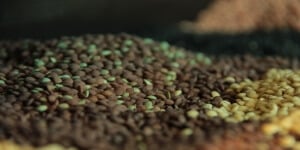 It’s clear that pulse acres are going to pay out more than anything else next year, namely lentils. With profit margins and ROI higher in the pulse crops, it’s hard not to expect more acres – and not just in Western Canada but in the U.S., various parts of the European Union, Australia, and the Black Sea. Interested producers should secure seed for 2016 before even thinking about contracting acres because it seems like everyone and their grandmother is considering planting lentils for the 2016/17 crop year in Western Canada.

On that note, we’ve been calling for 35 cents for new crop small red lentils and 37 cents for new crop large greens (both with Act of God clauses) with some prices even higher if you’re willing to deliver. Will we see more upside? Likely some buyers will scramble to get in the mix, but it’s worthwhile to scratch your head and recall years where new crop bids were variable (and early). For green peas, we’ve seen some one-off new crop bids around $9/bushel while yellows are in the same price range, but AOG seems to be offered.

On the futures board, hedge funds continue to be very bearish on ags (started the week out in a record short position), suggesting that a saturation effect is in place and lower numbers might be hard to come by. However, short covering may be subdued as there is no real fundamental bullish catalyst out there right now that is going to help accelerate a short-covering in Chicago and push the market higher. Should weather questions start to get answers though, you might expect notifications on shorts and target hits.