The eight experts who comprise the province’s Agri-Food Growth Steering Committee, tasked last fall with developing recommendations to address Ontario Premier Kathleen Wynne’s jobs-and-exports challenge, have spoken. And what they had to say in a two-page letter full of advice to agriculture and agri-food minister Jeff Leal could have a profound effect on the agri-food sector in Ontario.

At the annual Agri-Food Summit in Toronto last Wednesday, the committee members addressed their mandate by presenting the letter to the minister.

Its contents made it clear they were not out to settle disputes. There’s nothing that mentions neonicotinoids, rural power and some of the other delicate issues this government is dealing with.

Instead, it suggests ways to support the agri-food sector as it drives toward the premier’s challenge of creating 120,000 new jobs in the next five years, and doubling exports. The committee members believe those goals are possible…but not without clearing some obstacles.

“Ontario has significant potential in terms of growth in the agri-food sector, but many opportunities remain untapped,” the members wrote. “As a committee, we focused on identifying barriers to growth and ways that the government can support industry to break through these challenges.” 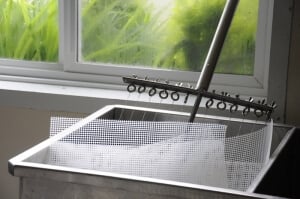 Well, with an eye towards exports and jobs, the committee is suggesting the development of a government-industry plan focussed on investment, innovation and automation.

Specifically, it wants Ontario and industry partners to champion the food and investment advantages of food processing (versus shipping raw commodities) at the Agriculture Ministers’ Federal/Provincial Table, and make it one of the priority areas for Growing Forward 3.

The committee also recommended that OMAFRA consider programming to recognize small and medium-size companies may need to make strategic investments to scale up, become more efficient and take advantage of new market opportunities.

And still in this vein, the committee says Ontario needs to better promote and target the competitive business environment it offers to prospective and current agri-food businesses, and enhance activities to attract and retain agri-food investments that grow the domestic market share and drive exports.

Further, in a call heard repeatedly in many agri-food circles in this country, the committee wants the province to work with the federal government as well as other provinces, to differentiate Canadian products from those of our nation’s competitors, for greater success in export markets.

We delved into the Canada brand here last week, and now we’re hearing about it again. This is clearly an imperative right across the country, underlined by the call from this Ontario-centric committee to work with other provinces on Canada brand development. That’s how badly Canada’s leading agri-food province wants to see a Canada brand developed. In many people’s minds, that Canada brand is a prerequisite for further market development and build on success such as Ontario’s first agri-food trade mission to China.

The committee liked the $9 million in business deals the premier came back with to Ontario from China after the spring agri-food trade mission there. It wants to see more of that, working with the private sector to further increase exports, while making strides on import replacement.

All this bodes well for farmers. There are no jobs in agri-food or market development of products without the commodities farmers grow. And if the government is going to get this aggressive with exports, it will need to make sure farmers are equipped with the tools – and the elbow room – to compete in the modern world. This includes support for technologies and evidence-based policies, an imperative that was not stated in the committee’s letter, but is vital nonetheless.

Reducing Food Waste on the Farm is Worth the Bother

Fad or Trend? A Closer Look at Integrating “Local” Into Your Farm

These New Vets See Their Future in the Swine Sector