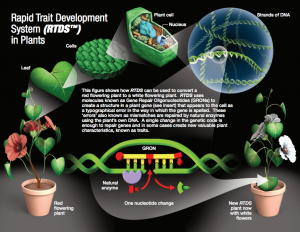 Cibus, a trait-based company that was founded in 2001, uses a “Rapid Trait Development System” to edit native genes without the introduction of foreign DNA.

“The technology is applied in such a way that it’s a non-GM approach,” explained James Radtke, vice president of product development, at the Canola Discovery Forum in Canmore, this winter.

“We also realize there will be other needs and other types of herbicide tolerances that we’re looking for. And we are developing others, looking at different modes of action to try to address some of the problems with resistant weeds.”

Benefits to the technology, according to Cibus, include reproducible, precise trait development; broad applicability; ability to stack traits; and the promise of global acceptance.

The company will continue to work with major crops, focusing on traits like herbicide tolerance, oil quality and disease susceptibility.


James Radtke, vice president of product development at Cibus, in conversation with Shaun Haney at the Canola Discovery Forum in Canmore, AB.