Update Dec 18, 2015: Both the U.S. House and Senate voted in favour of the legislation, including the text to repeal COOL, on Friday. The bill now heads to the White House for President Obama’s approval.

With retaliation from Canada and Mexico looming, the U.S. government took a step late Tuesday toward repealing its mandatory country of origin labeling (COOL) legislation for beef and pork.

Language that would repeal COOL was included in the US$1.15 trillion 2016 omnibus appropriations bill that must now be approved by the House and Senate. 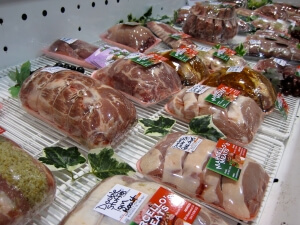 Last week the World Trade Organization gave Canada and Mexico approval to implement retaliatory tariffs worth over US$1 billion per year until COOL is repealed. It’s expected those tariffs could take effect following a WTO meeting on Friday.

“For several years now, the writing has been on the wall that U.S. COOL requirements for meat were doomed at the WTO. Since its inception, I have warned that retaliation was coming, and I’m pleased American agriculture and businesses will escape these tariffs,” said Senate Ag Committee Chairman Pat Roberts in a statement Wednesday morning.

There are reports the House could vote on the package by Friday, with the Senate to follow.

In a tweet on Wednesday morning, John Masswohl of the Canadian Cattlemen’s Association said “Til passed by both House & Senate, process to retaliate continues.”

Is this the New Normal Size of the Canadian Cow Herd? — Brian Perillat, Canfax