Haven’t we seen this before?

Traders and analysts were expecting Statistics Canada to peg the 2015 canola crop at around 15.6 million tonnes in the agency’s latest production report released Friday morning. Pre-report guesses ranged between 14.5 and 16.4 million. Most farmers reported better than expected canola yields at harvest, so everybody was expecting the number to rise from the 14.3 million figure reported by StatsCan in October, but not this high.

17.2 million tonnes of canola was produced in Canada with an average yield of 38 bu/acre this past growing season , according to the December StatsCan report.

“It makes for some very confusing times trying to figure out where this number came from, but we saw the exact same situation happen last year in this report,” notes Brian Voth, senior market coach with Agri-Trend Marketing (see last year’s story here.)

Canola futures in Winnipeg dropped $8-9 per tonne with the report’s release, but quickly bounced back within $2 of the opening price.

“You can draw one of two conclusions from that — the number was already factored in, or the trade doesn’t believe it,” he says. “From my perspective, it’s awfully tough to see how we managed to grow 17.2 million tonnes…”

Voth discusses the canola and wheat estimates from StatsCan and how the numbers stack up versus demand with the low Canadian dollar helping exports: 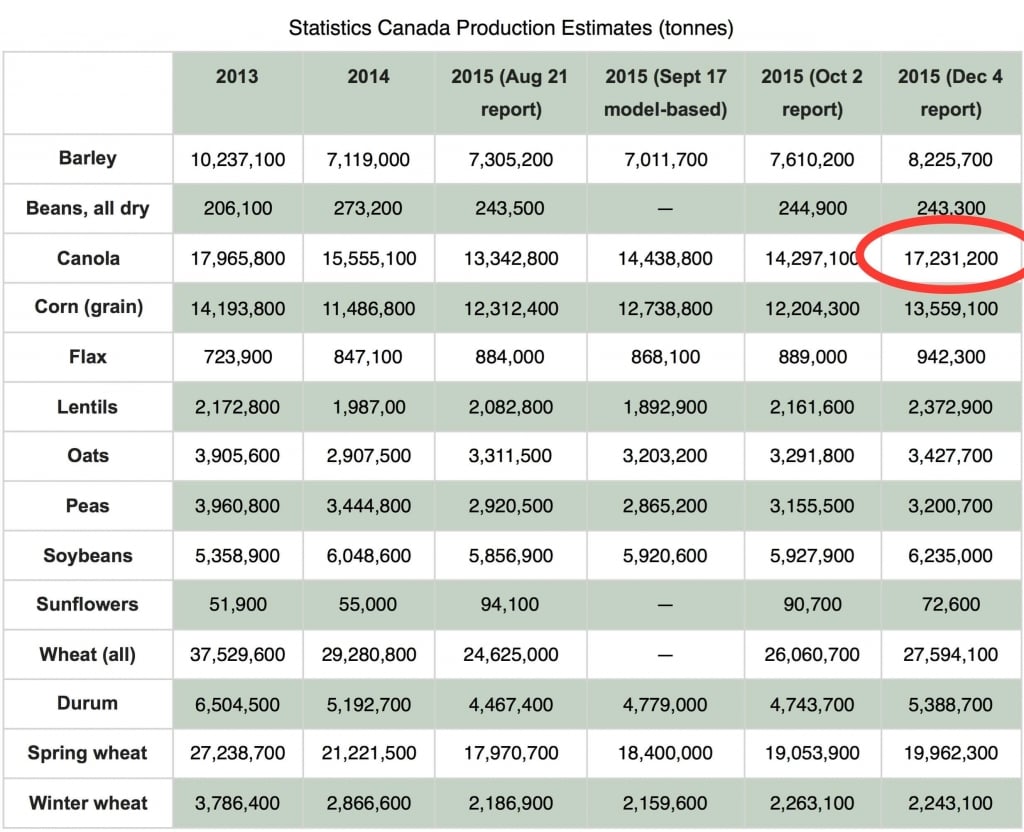