This past week saw a lot of reports from various places, but the report that most outside markets are waiting for will come from the U.S. Federal Reserve on Wednesday, December 16th, as the Fed will decide whether it’s raising U.S. interest rates or not. The Canadian Loonie continues to struggle against the U.S. dollar, dropping below 73 cents on Friday, December 11th, mainly because of speculation surrounding U.S. interest rates and the continued declines in oil prices. For the latter, only 2 other times in history in the futures market have oil prices dropped more aggressively in a matter of 365 days, and with WTI crude prices closing at $35.36/barrel on Friday, oil is now at 11 year lows (holy mackerel). 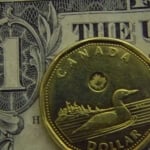 On the interest rate side of things, history tells us that increasing the U.S. interest rate in the low commodity price environment would create deflationary problems (when inflation falls below zero, as do the general cost of goods and services). Conversely, the Bank of Canada has suggested that they’re not opposed to setting negative interest rates should the weakening of the Canadian economy persist. Given that per capita debt levels in Canada are already at historically levels, a negative interest rate environment would encourage more spending. For forecasted tighter margins on the farm though, this obviously doesn’t make sense.

The biggest news of the week for the agricultural world seemed to be the merger between Dow Chemical and DuPont, creating a new $130 Billion company. The two giants will eventually split into three separate companies, based in materials, specialty products, and obviously, agriculture. Specifically for the latter, the ag company’s value (in terms of revenues) will make it $3 billion USD larger than the current leader, Monsanto. While the deal still has to pass anti-trust investigations in multiple countries, both sides of the deal are confident the new company, DowDuPont, will become a reality in 2016.

Seeding of this year’s rabi season pulse crops in India is catching up as 28.3 million acres are now seeded, 3.2% ahead of last year’s pace but still 5.8% behind the 5-year average of 30.05 million acres planted by this time of December. From a relativity perspective, 80% of rabi-crop pulses are seeded before this time in December on average, so there’s still a fair amount of acres to go. With the second consecutive drought affecting acres and production again, it’s no surprise that we continue to see both old crop and new crop pulse prices tick up.

This week on FarmLead trading activity, we’ve seen 59¢/lbs old crop #2 laird (large green) lentils, 53¢ old crop small reds, 41¢ new crop small reds, $11.50/bushel old crop yellow peas, and $9.50 new crop yellow peas. It’s no surprise that lentil increase will likely see big increases with pea acres climbing a bit, but more acres going into yellows than greens. This price strength will likely persist but will be largely dependent on any rains that India receives over the next 2 months over the next 2 months. The precipitation is desperately need to help replenish aquifers that feed water into wells that are up to 900 feet in depth. Two straight years of dryness are leading not only farmers short of moisture, but also commonfolk who spend miles and hours walking to find drinking water.

Where the rain is falling is in Southern Brazil, a region who has been blasted by drought the past 2 years itself. The area is likely going to end up having one of the wettest last 2 months of the year on record as more rain is forecasted for the region over the next few weeks. More questions are being asked about La Nina and expectations are increasing that the U.S. Midwest could see a taste of some drier fall weather in 2016, but chances of a widespread drought in 2016 is less than 10%. That being said, the CME Group recently came out with analysis of the impact of weather events on grain markets, noting that severe La Nina events creates more volatile trading.

The other report this week from the U.S.D.A. was the December W.A.S.D.E., which was pretty much a non-event (as expected) as the American supply and demand balance sheets for wheat and soybeans were literally unchanged. 2015/16 soybeans carryout remained at 465 million bushels, a 143% increase over 2014/15’s ending stocks and the highest since 2006/07 (the remainder of that marketing year, prices hung around the low $8 handles before a new wave of strong Chinese demand and a weaker U.S. dollar helped propel prices up past $11/bu in the fall of 2007). 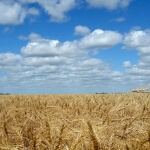 It’s more than clear that there’s an ample supply of wheat available in the world, but where the gluttony is most prevalent may be in France where Harvest 2016 may produce the 3rd consecutive record crop there. After a 43 million-tonne yield in 2015, French farmers are planting 12.9 million acres for the 2016 crop (+1.5% YoY), including 852,000 acres of durum (+11.6% YoY). Also bearish is the fact that the winter wheat acres are in their best ever condition going into the winter months. Meanwhile, French rapeseed acres are seen dropping slightly to 3.61 million acres (-1.7% YoY), and that’s not too unsurprising given that Strategie Grains says total E.U. rapeseed acres will be relatively unchanged at 16.06 million.

All in all, this week saw soybeans lose their gains of the past few weeks, down almost 4% for the week, while corn was pushed lower on demand questions (both export and domestic). Oats joined both U.S. staple crops, down nearly 4% as well on the front month contract, while the 2.72% loss by the Canadian Loonie this week helped canola prices push higher by 0.5% over last Friday. Cash wheat prices improved in Canada as well, thanks to currency effects and futures prices up about a dime. More than anything though, the highs of just few years ago seem like decades ago, and with the low-price environment for most commodities lasting for likely another year, praying for at least some good weather would help a little.