Grains ended the month of January making up some gains from the tough losses that they started the year off with. Some bullish acreage and weather news helped get some of shorts in the wheat market covered, pushing the complex actually up almost 2% on the futures boards! Rounding out the complex, corn continued to rebound from its tough start to the year, up over 3.5% for the month while soybeans gained 2%. Conversely, canola and oats did not have the joyous rebound the other grains did, as the former saw its price in Winnipeg get dragged down almost 2%, while the latter was the big loser, down almost 8% for the month. 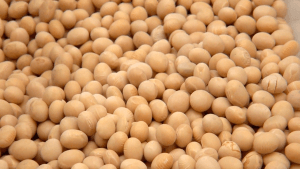 U.S. export sales last week came in within expectations for the most part, but the U.S.D.A. did note that 395,000 MT of soybean purchases by China were recently cancelled (likely opting in for South American supply instead), whereas U.S. corn is becoming more competitive with that from South America on basis changes. That being said, Argentina corn sales continue to accelerate with no export taxes for international buyers to contend with any more!

That being said, C.N.G.O.I.C. says China will likely import 3.5 million tonnes of corn in 2016, with 1.2 million tonnes of that already contracted (mostly via Ukraine though). The Chinese government is considering deregulating their domestic corn market in order to push out some imported substitutions and see the state reserves decline (it’s speculated that China is holding on to more than 200 million tonnes!). Considering that domestic Chinese corn prices are almost double the average international level, corn subsidies make the likes of sorghum, barley, & DDGs more affordable feedstuffs from an import perspective.

As for wheat, Russian wheat continues to be the cheapest in the world, a few bucks cheaper than French wheat, which is about $30/MT cheaper than American wheat. Ultimately, the grains market hasn’t seen any major moves to disrupt the current currency and weather theme that we’ve been discussing for the past couple months, keeping trading mostly rangebound.

Helping that rangebound-ness, Rabobank believes that large inventories will continue to put a cap on any rallies that might occur. As such, the Dutch agrobank cut their forecast for Chicago wheat to below $5/bushel for an average 2016 prices, and also trimmed their soybean outlook but did keep their estimate above $9/bushel. However, Rabobank also doesn’t see $4/bushel corn returning, citing large global production capabilities and pressure from the oil complex. 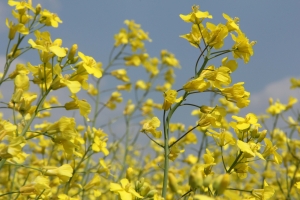 On that note, we continue to see some solid demand numbers for canola as the lower Canadian Loonie (-1.4% in January) has helped exports but domestic demand numbers also continue to impress with almost 750,000 MT crushed in December 2016, up 16% from a year ago and 7.7% from November 2015. With the strong pace, is there more upside left? Possibly, which is probably why A.A.F.C. recently forecasted 2016 Canadian canola acres at almost 21 million acres, the 2nd largest area ever!

This would equate to an increase of about 3.6% from 2015 and comes as a benefit of lower spring wheat acres, which are seen falling almost 2% year-over-year to under 17 million acres (the lowest in the last 5 years). Also winning over area was durum, whose acres are ballooning to an 8-year high of almost 6 million acres, which would suggest more low $8s and $7s per bushel are on the horizon, especially since the we’re expecting more acres in the U.S. and Europe as well.

Not a surprise to anyone but more pulses are also going into the ground in 2016, with lentil acreage up 13% to 4.45 million acres and peas up to a record 4.2 million acres. From a relative standpoint of the 5-year average, this is a 50% upgrade for lentils and a 28% increase for peas. Soybean acres across Canada are also seen increasing by almost 4% year-over-year to 5.62 million acres whereas less corn is getting less attraction with acreage down 3.7% to 3.15 million acres.

Across the border, Informa Economics is estimating that American farmers will plant a record amount of soybeans with 85.23 million acres getting seeded. This is still well above the next closest estimate of 84.2 million acres from Societe Generale, the previous record set 2 years ago of 83.3 million acres, and the U.S.D.A.’s current estimate of 82 million acres! On the corn side of things, Informa is calling for 88.9 million acres in 2016, similar to the last year’s number of 88 million (but still a far cry from the 1932 likely-will-never-be-broken-record of 113 million acres!).

The question for me now is, will decent crops coming out South America trigger some alerts (slash changes) to the North American acreage numbers? There’s still a few weeks left to go before those drills get pulled out of the snow so all the aforementioned acreage numbers could easily change! All things being equal, we ended this month much better than we started it. And finally, if you need to put a smile on your face to end the month, then check out the “Shane & George Show” that Shaun Haney and I filmed at FarmTech in Edmonton this week.

USDA “kicks the can down the road” in December WASDE report