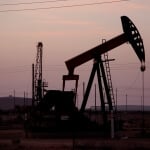 Agriculture is poised to play a much larger role in the Canadian economy thanks to impacts of climate change and declining revenues from oil extraction, says well-known author and economist Jeff Rubin.

“Climate change has fatal implications for our previous ambitions of becoming an energy superpower, but it’s going to make other assets and resources in our country more valuable, particularly freshwater and arable land,” says the former chief economist for CIBC World Markets in the video below. “It has the potential to catapult Canada, which has always been the eighth, ninth or tenth largest exporter of agricultural products, into the top three.”

Rubin, who authored best-sellers “Why Your World Is About to Get a Whole Lot Smaller: Oil and the End of Globalization” and “The End of Growth,” shared a relatively optimistic outlook for Canadian agriculture at CropSphere in Saskatoon last week, especially when compared with his prospects for the oil sector.

The economic future of the Alberta oil sands depends less on digging more oil out of the ground and more on “doing more with the oil that’s already dug out,” says Rubin. (continues below)

In the short-term, he says slumping oil prices, the coinciding weakness in the Canadian dollar and low interest rates are all favourable for Canadian farmers.

“And in the long run, we could be seeing a boom time in the prairies of the likes we haven’t seen before,” says Rubin. “Gradually you’re seeing more corn being cultivated on the prairies, you’re seeing prairie farmland (values) increase better than any other financial asset in the country and I think you’re going to see agriculture play a much larger role in the Canadian economy.”

Rain (in other places) Is Spoiling the Grain Market Parade

Ag Commodities Show Uncertainty for the Summer of 2012

Jill Verwey, whose family operates a mixed dairy, beef, and grain farm at Portage, Manitoba, was elected president of the province's general farm organization — Keystone Agricultural Producers — on Tuesday. Verwey has served as vice-president of KAP since 2018, and won the election at KAP's annual meeting over fellow incumbent vice-president, Jake Ayre, in…