A new report commissioned by SaskCanola says there would be no net benefit to producers from implementing a component pricing system that offers premiums or discounts based on canola’s oil content.

“There was some discussion a few years ago when crush margins were widening — are farmers receiving a fair amount for the canola they’re growing and would introducing the concept of component pricing provide a more transparent price?” explains Tracy Jones, policy and producer relations manager with SaskCanola, in this Canola School episode. 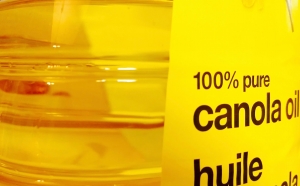 A resolution brought forward at the organization’s 2014 annual meeting called on the SaskCanola board to evaluate the pros and cons of component pricing, which is used in Australia and the UK. Advocates for the system feel Canadian producers are missing out on premiums for higher oil content.

Based on the analysis completed by New West Public Affairs, the SaskCanola board is not supporting a move to the component model.

“The premiums would also result in discounts because of the costs of segregation and testing,” notes director Charlene Bradley.

Some of the key findings in the report (which is still in the final drafting stages):

Jones says they concluded “canola has an advantage of being a product with a one major end use and this lends to efficiencies in the market.”

The study will be published on the SaskCanola website shortly, after which Jones says they intend to give producers an opportunity to interact with the authors of the report.

Canola School: Verticillium stripe continues to widen its path across the Prairies