Most every Thursday, Ontario Veterinary College field staff veterinarian Dr. Jeff Rau gets in his pickup and makes the 45-minute trek from Guelph to St. Jacobs, to the province’s biggest sales yard, the Ontario Livestock Exchange (OLEX).

Seated with him in the cab will be at least one, if not two, veterinary college students interested in large animal practice.

Once they arrive, they’ll take their place among a team of professionals assessing the health status of each of the 500 animals sold there on average per sale. And in doing so, they’ll become central figures in helping change the culture of culled livestock sales in Ontario.

The effort is driven by the Ontario Livestock Community Sales Act, which dictates regulations and enforcement, especially for animals at sales barns. Ontario is the only province to take such measures for livestock.

Rau says the Act is having a ripple effect throughout the sector, for the better – for animals, farmers, consumers and the industry as a whole. 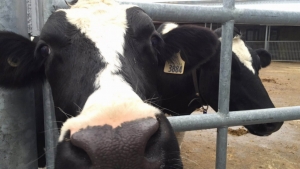 Here’s how the system works. At OLEX, he and the students put the sale cattle through a series of checks. All animals are pre-screened by sales barn staff on arrival; the vast majority arrive in top sales shape. Animals that don’t, those 20-25 per sale deemed abnormal in some way on visual inspection, are segregated by sales barn staff for full inspection by the appointed veterinarian.

The veterinary team’s goal then is to assess the animals’ health status pre-sale – their attitude, temperature and lameness score, as well as respiratory function and udder condition.

Depending on what they find, they have a few different options…all of which have implications for producers.

For example, if they are wary of an animal’s health status, but want more time to make their assessment, they can order it held for later inspection.

The result? No immediate sale.

If the animal has a treatable condition such as pneumonia, it can be ordered onto a truck and taken back to the farm it came from, for veterinary treatment.

If the problem is not treatable, Rau and his colleagues will order it to be euthanized.

No question here: no sale.

Or they might order it directly to slaughter at a local abattoir, because it has a condition such as lameness that will cause the animal to suffer if its life is prolonged.

In that case, the animal will not bring as high a price as it would if it were shipped for slaughter to the U.S., where about 30-40 per cent of culled dairy cows go. Animal health officials won’t let a troubled animal take part in a four- to 12-hour international journey (depending on where the processing plant is located).

Rau says the bottom line is that for producers, it’s more economical to work with their veterinarian on cull cow issues on the farm, than to have animals sent back from the sale barn, ordered to slaughter or ordered euthanized.

Sure, animal welfare and veterinary care cost money. But the culture Rau and others want to promote is that investing in animal health on the farm pays dividends, and that shipping animals in poor condition does not. 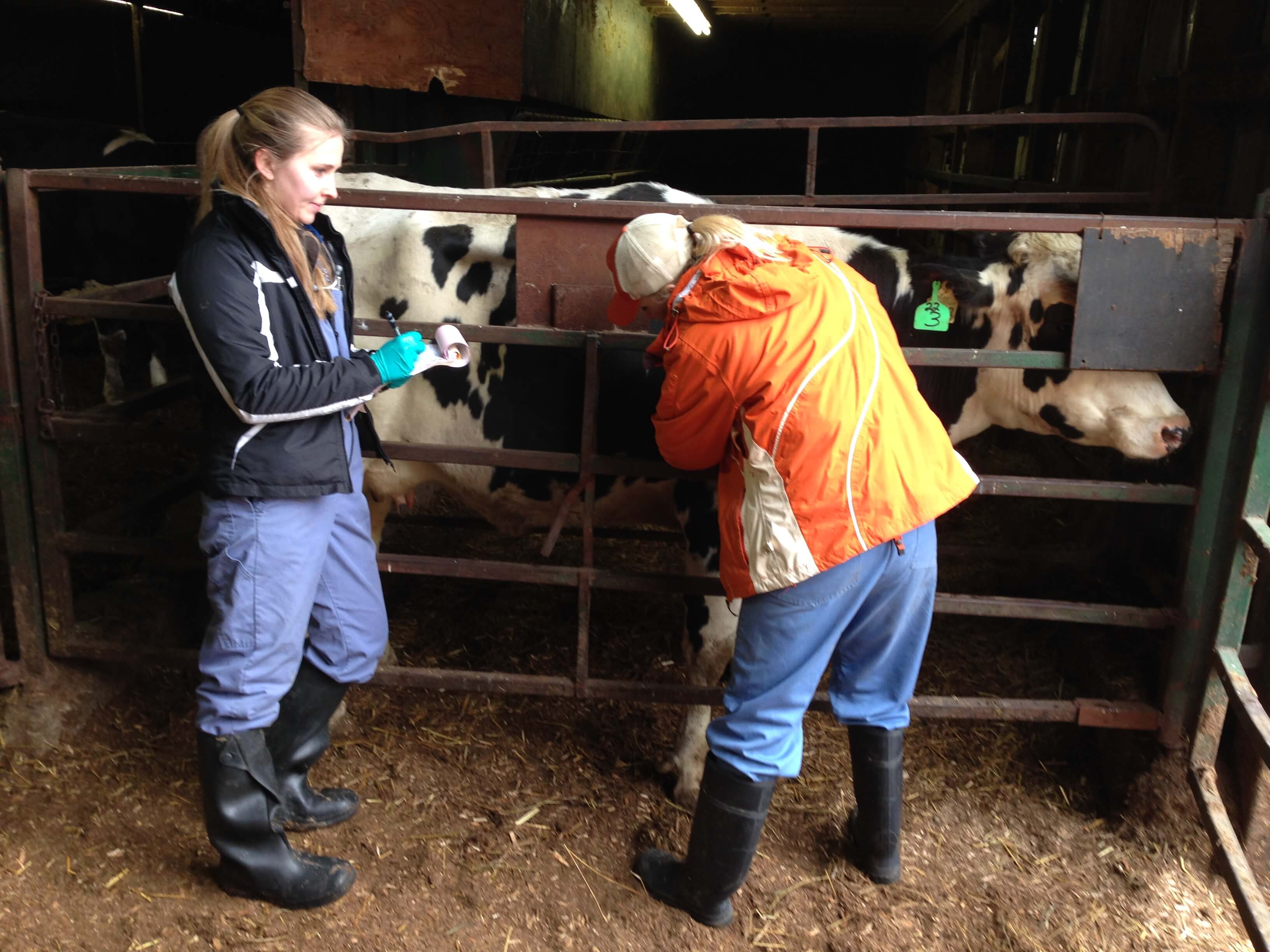 This story started with students, and that’s how it will end. Rau says students have a definite role in driving change.

“We want these students, soon-to-be vets, to educate their farmer clients about what is the proper disposition on farms for cull animals,” says Rau. “It’s redefining cull animals, and getting farmers to cull them and ship them when the animals are still healthy. That translates to better animal welfare for livestock, and higher profits for producers.”

Rau acknowledges this redefinition of culling is a cultural change. He calls it “evolutionary.” But he’s convinced it’s possible, especially with the dairy industry’s ProAction program kicking into full gear, and the generally increased awareness of animal welfare and consumer concerns over livestock treatment.

“This is not a huge mountain to climb,” he says. “The vast majority of farmers are onside and want to see change too. Every one of those animals at the sales barn could potentially represent the industry, and if the wrong animal makes its way into that role, the industry could really be hurt.”