Grains started the month of March fairly hot, trying to rebound from its end of February, with more liquidity being added to the market and more bulls coming to the table on weather concerns. Nonetheless, given the size of the short position that managed money is holding on the futures board, there are some fundamentals that suggest the market is trying to find a bottom and get through this eye of the storm — the seasonal downtown for grain trade.

Simply put, there’s been a build-up of grain supplies around the world since the American drought of 2012 and the market has had to move to find a new price equilibrium, given the supply and demand tables. Also, one could argue that the market has priced in the South American corn and soybean harvest, and combined with the acreage numbers from the USDA last week, a floor may have been uncovered in those markets.

Further, the United Nations is estimating that world wheat production will pull back a bit in 2016/17 compared to this crop year, with the FAO forecasting 723 million tonnes of the cereal to be taken off, slightly down from last year’s 733 million tonnes. Most other estimates are a little lower, suggesting numbers between 708 million and 715 million tonnes.

Spring seeding has already started in Ukraine and Russia as SovEcon is forecasting that temperatures across the Black Sea are expected to stay mostly above average in March, while precipitation is expected to be variable. 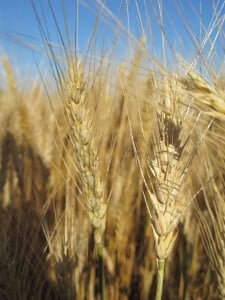 There’s still a lot of worry in Morocco, as farmers in the country have been hit by El Nino temperatures that, in turn, are holding production at close to half its average potential. With only 3.72 million tonnes forecasted by the Moroccan USDA attaché, this might be the lowest output in 4 years. Given that Morocco is forecasted to import around 3 million tonnes this year, it’s another bullish story in the wheat game that could fall in line with a higher price move.

Speaking of wheat imports, India bought its first load of the year, picking up 60,000 MT of Aussie wheat for a delivered price of $230 USD / MT. The USDA’s New Delhi attaché says that India will import 1 milllion tonnes of wheat in 2016/17, double the 500,000 MT they’re expected to import this year (2015/16). Why the big upgrade? The Indian government is trying to say that their wheat crop will hit 93.8M tonnes (47.4 bu/ac average yield) whereas the other estimates from the private trade and the USDA peg things anywhere from 82 to 89 MT.

One place that India could find some cheaper wheat is Russia, a country that is slowly emerging as an agricultural superpower. International grains broker Vicorus says that Russia has the potential to more than double their current output of around 60 million tonnes of wheat per year if they are able to match average yields from their European counterparts. Russia’s average wheat yield is only about 36 bu/ac, whereas normal yields in Ukraine are closer to 60 bu/ac, and across the European Union, it is closer to 90.

It’s not yields, but profitability that is holding back Brazilian wheat production, as farmers there are switching out wheat this year for their second safrinha corn crop. While domestic corn prices equate to $5.00 USD/bushel, in Brazilian Real terms that’s close to R$19/bushel, which is a 22% increase thus far in the 2016 calendar year and 53% from this time a year ago! As such, second crop corn acres seeded are well ahead of acres as the soybean harvest continues to cruise along with good speed.

Politicians in Brazil have started to back away from the rhetoric that they will tax soybeans and corn leaving their state to an export position (currently exempt). However, as one tax fades, the introduction of the idea of heavier highway tolls is gaining, with Dr. Cordonnier suggesting it could add another $1/bushel to soybeans coming out of Mato Grosso, the main agricultural production state in Brazil.

A lot more eyes were focused on U.S. politics this week as “Super Tuesday” showed who some of the leading candidates are for November’s Presidential election. Somehow, Donald Trump has managed to win the hearts and minds of many Republican voters with his “Make America Great Again” slogan firing up those who’ve seen jobs shipped overseas or lost to immigrants willing to work for less. On the other side of the aisle, Hillary Clinton looks to be the front-runner for the Democrats. More or less though, there’s no clear-cut shoe-in to take the job at 1600 Pennsylvania Ave. in Washington, D.C.

What does this mean for grain markets? Wall Street doesn’t think the King Dollar will be so regal anymore as Trump’s inconsistent policies seem to make America more isolated in today’s globally-connected economy. Accordingly, the past year’s strength of the U.S. dollar will likely wane as the market prices in the risk of a President Donald Trump, and a Canadian Loonie at 80 cents is certainly possible if Trump continues to win support.

We saw some other big wheat purchases this week from Saudi Arabia and Algeria, buying 870,000 MT of hard wheat and 280,000 MT of durum, respectively. On the durum, most of the loot was bought from Mexico, suggesting that American and Canadian prices are too, which is why we saw durum cash prices (both old and new crop) fall about 5% this past week alone. Add in the fact that the Canadian Dollar added 1.6% this week to top 75 cents, and Canadian cash grain prices took a bit of hit, making them less competitive to international buyers.

One buyer who’s saying “Who cares?!” to the Loonie’s appreciation is the Chinese, as the debate continues to rage over dockage tolerance levels they’re willing to accept on Canadian canola imports. While the canola market was very volatile this week, it did rebound to close only 0.15% lower for the week. 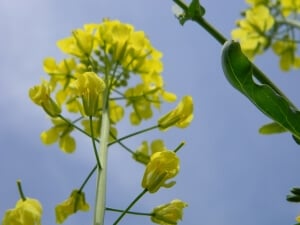 But we can’t forget the decline of canola meal demand in China. As less canola is being imported, there’s less to go around for a growing feed market that soymeal and DDGs seem to be owning. Some innovations are on the horizon though — a new canola variety was introduced recently that reportedly has an average of 44% protein when rolled, compared to soymeal’s average protein of 46%.

AgDay meteorologist Mike Hoffman argues that the southern two-thirds of the U.S. could see a colder-than-normal March, but average-to-above average temperatures will return in April & May. This sets things up for decent conditions for planting, given that there’s already healthy soil moisture available across the Midwest. The Weather Network is forecasting above average temperatures and average-to-below average precipitation for Western Canada and the U.S. Northern Plains this spring, further suggesting the likelihood for decent Plant 2016 conditions.

Northern regions of the continent are facing a soil moisture shortage, though. Should dryness become a serious issue, it will support higher prices, but keep in mind that the top of the market this past crop year (2015/16) was seen in July for many crops, notably wheat. Add in the Canadian Loonie pushing here (thanks to oil prices moving higher and the U.S. Dollar weakening) and we might be at a bit of a crossroads. It is the usual time in the market that we often see seasonal lows but given the recent rangebound-ness the last few weeks, we may be passing through the eye of the storm of clashes between bears and bulls, with more optimism that the latter will start to own the headlines.

Parlez vous Français?, basis maps, and the Pistons — a LIVE! with Phil Shaw

Mind Your Farm Business — Ep. 52: Buying the farm: one share at a time

Emotion, money, and legacy are three factors that can potentially contribute to a very bumpy farm business succession. A farm transition doesn't have to end badly, but too often farm families ignore best practices for a succession, based on the illusion that your farm is different from everyone else's. While every farm is unique in…