The entire seed industry value chain in Canada — from breeders through to grain companies —is adjusting to new Plant Breeders’ Rights legislation following the ratification of UPOV ’91 standards last June.

As Lorne Hadley, executive director of the Canadian Plant Technology Agency, explains in the conversation below, the CPTA is working with all stakeholders to help them comply with the new PBR rules, which extend beyond seed retailers and farmers. 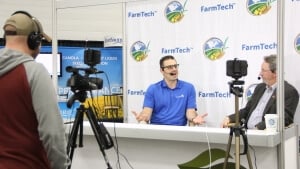 There are still questions from producers about how the new rules still allow for the use farm-saved seed, notes Hadley.

Ultimately, the end goal, says Hadley, is to increase returns for breeders.

“We’re trying to increase the amount of product that is sold where breeders get a return, where they get paid for their innovation,” he says, noting that is also helping Canada compete for international investments in plant breeding.

For more information on complying with UPOV ’91, CPTA has created a website – pbrfacts.ca — to help farmers, seed retailers, seed processors and grain companies.

Where will all the byproducts go? The potential wasteful consequences of the lambda-cy label change