According to the International Federation of Organic Agriculture Movements, in 2011 the global market for organic products reached a value nearing $US 63 billion. In Canada, the organic agriculture sector has been growing since the early 1980s, with now over 1.7M acres of farmed land certified organic. And though the overall number of farms in Canada dropped 7.1% between 2001 and 2006, those reporting certified organic production increased by 59.4% (Statistics Canada).

“Organics is an option for people — it’s a diversification strategy,” Melisa Zapisocky, new grower transition program manager and livestock program manger with the Prairie Organic Grain Initiative and Organic Alberta, told us at Farmtech this January, adding that a 2013 study showed 58% of Canadians choose to eat organic at least once a week.

“So that’s strong and growing, and in terms of the millers, the grain industry and processing…there’s more demand than supply for organic grains.”

There’s still work to be done to improve yields, but Zapisocky says it’s a profitable industry, and not as as hard to transition to as many conventional farmers think.

“The paperwork can be a challenge, but if you’re used to keeping good records, it’s doable.”

In this interview, RealAgriculture’s Debra Murphy speaks to Melisa Zapisocky about organic production, supply shortages, and the up to 36 month process of transitioning from conventional to organic. Interested in learning more? Stay tuned for a website aimed at helping producers transition: http://www.pivotandgrow.com/ 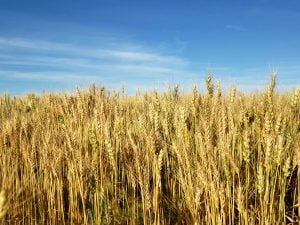 Submitted by the Western Canadian Wheat Growers In the midst of a global pandemic, the federal government is using April Fool’s Day to increase the carbon tax from $20/tonne to $30/tonne. At a time when hundreds of thousands of people are being laid off and many businesses are at least temporarily closing, the tax on…Read more »

FarmTech 2012 – Looking Ahead to Potential Pest Problems In Alberta

The Danger of Overlooking Beneficial Insects

A Q and A with Rock and Roll Podcast host, Will Evans

The 15th Anniversary of FarmTech: Larger Than Life & Interactive