The grain market had its eyes on weather reports for the first full week of April while taking a second peek at the U.S.D.A.’s stocks and prospective planting numbers from last week. Profit-taking in palm oil markets in Malaysia has pressured soybeans a bit, while canola has maintained near-January levels as the Canadian Loonie has had a 2 cent trading range over the past week, swaying between 75.5 and 77.5 cents USD. However, keep those skyward price expectations in check with strong farmer selling around the $11 Canadian Dollars per bushel canola level and $9 US dollars per bushel soybeans.

One thing that could support a bit of a move higher — next week we get April’s W.A.S.D.E. report from the U.S.D.A. (Tuesday, April 12th) and it will likely show lower global veggie oil stocks as a reflection of strong international use and lower palm oil production in Asia. This would intuitively help canola maintain its current levels, but, in line with my previous comments, it’s hard to see much more of a push higher any time soon without a rally from seeding issues.

Recent export numbers show Brazil shipped out 8.38 million tonnes of soybeans in March, 6.6 million of which went to China! Conversely, 11.8 million tonnes of corn left Brazilian ports in the first calendar quarter of 2016, a massive jump from the 4.9 million tonnes shipped out in 1Q2015! With more corn leaving the country, livestock producers are looking for feedstuffs, meaning that we’re booking imports from the likes of Argentina! With the Brazilian Real sitting where it’s at, and lots of corn already gone from the country, a few people in the market believe that domestic corn prices in Brazil have peaked.

Across the 49th parallel, there’s still time for U.S. farmers to switch their planned acres from corn to soybeans. Some analysts think that up to 2 million of the 93.6 million acres forecasted by the U.S.D.A. in their report last week could revert back to the oilseed. However, with the December corn-to-November soybean price ratio in Chicago hovering around 2.5, it’s still up in the air (anything below the 2.5 level suggests more corn will get planted, anything above suggests more soybeans).

Wet conditions continue to stall seeding in the U.S. southeast and there’s speculation that this region could be the first to see more acres go back to soybeans. The other option in the area is either cotton or sorghum, of which the U.S.D.A. is forecasting a 15% decline year-over-over. Across major U.S. wheat states like Kansas and South Dakota are seen building up their corn acreage (+16% to 4.8 million acres and +6% to 5.7 million acres respectively) but that could intuitively change should Mother Nature have her say.

Probably more than anything, corn acres have grabbed a lot of headlines in the news this week. Apart from the U.S., with the removal of the minimum support price for corn in China, the Chinese government wants to decrease the size of its corn crop by over 8 million acres over the next 5 years. While wheat and rice farmers in China continue to enjoy minimum support prices, there’s a school of thought out there that more than a few farmers will be interested in growing soybeans. With the insatiable demand that the People’s Republic has for the oilseed, switching 2.5 to 4 million acres of corn over to soybeans could easily equate to 1 months’ worth of imports.

Switching continents, thanks to no export tariffs, Argentine farmers are swinging for the fence with more corn. The U.S.D.A. attaché down there is forecasting that the area seeded to corn for the 2016/17 crop year will grow 31% year-over-year to 10.4 million acres, resulting in production climbing 17% to 31.5 million tonnes (a record) from this season’s forecasted 27.5 million tonnes.

Wheat export tariffs were also removed by the new Argentinian government, which is supporting wheat acres to climb 26% year-over-year to 11.86 million acres, suggesting a 14 million-tonne crop (+27% YoY), or the highest in 5 years. Finally, thanks to the tariffs being gone, wheat exports are expected to rise 7.1% from this year to 7.5 million tonnes in 2016/17 while corn exports are seen growing 19.4% to 21.5 million tonnes.

Staying in the acreage theme, Monsanto’s Intacta soybeans are being well-received by South American producers, which in turn is hurting those who make insecticides. Why? The intensity of bugs in places like northern Brazil, for example, will force growers to spray up to 10 times per growing season, whereas with the new Intacta soybean, they are designed to produce its own insecticide, meaning the farmer has to spray only once or twice. This comes as Monsanto’s 2nd quarter profits fell 26% year-over-year on revenues of $4.53 Billion (-12.8% YoY).

Cargill also released quarterly results, showing that profits rose 8% from the same quarter last year to $459M despite revenues falling 11% to $25.2 Billion on lower commodity prices and a weak US dollar. Further in the company theme, while some Chinese people are protesting the Syngenta-ChemChina deal, DuPont has gone ahead and locked up another partnership to develop GMOs in the People’s Republic (they’ve already been working in the country for over 15 years anyways so…). 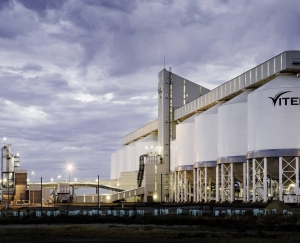 The biggest company news of the week was Glencore selling 40% of its agribusiness division (AKA Viterra) to the Canada Pension Plan Investment Board (CPPIB) for $2.5 Billion as the Swiss-based commodities giant tries to drop its debt numbers. There’s been some negative feedback about this move but more than anything, the CPPIB should be looked as a financial partner and that’s it.

Headlines continue to pop up about the size of the Moroccan wheat harvest, being half the size of last year’s crop with only 3.7 million tonnes likely coming off as result of acres down 40% to their lowest levels in 15 years and dry conditions (barley is even worse, -70% YoY to just 1 million tonnes). Accordingly, there’s obvious expectations that we’re going to see more imports by Morocco this year, which is why there’s assumptions already being made that the import window will be longer this year (usually higher tariffs are in place over the summer months).

While Canada enjoys a strong wheat-trading relationship with Morocco, the Baltic Dry Index, a measure of shipping costs, is up 62% since its record lows hit on February 11th of this year. Bear in mind that while it’s rebounded a bit, with the addition of a large amount of vessels in the past decade, and with cheap oil, the index is still sitting over 57% below the 5-year average from 2011-2015, and 89% below the average from 2006-2010!.

Looking at some wheat conditions, we finally got the U.S.D.A.’s crop progress report which showed winter wheat conditions above expectations, with 59% of the crop rated good-to-excellent, well above last year’s 44% G/E rating. This intuitively pressured wheat prices this week, along with rains in the forecast for the Midwest and Southern Plains were drought conditions continue to exist without many of the previously-forecasted precipitation actually materializing.

On the other side of the pond, recent estimates suggest that the wheat crop out of eastern Europe will be smaller than last year due to weather (We’ve been making this call since the start of winter that a smaller crop out of the region is likely the best bull catalyst for wheat in 2016). Ukraine looks to fare the worst as with only 12.4M of the 14.8M acres of winter wheat area actually getting harvested, likely resulting in a 35% decline in output from last year to 17-17.5M tonnes.

In Romania, wheat production is seen falling in a best case scenario, 4.5% year-over-year to 7.5M tonnes thanks to acreage down 12% YoY (a 11-year low). Other major producers like Poland, Kazakhstan, Bulgaria, & Hungary are all seeing their winter wheat acreage down from 2015, while Russia seems to be the only flower of the group as, after a record 62M tonnes last year, their wheat crop is seen falling 8% to 57M tonnes, according to SovEcon. While it’s not black and white until the harvest comes off, these numbers do point to some higher price levels.

In terms of grain price outlook, the stagnant Canadian Dollar continues to support local Canadian cash prices but any drop on futures boards are lassoing gains when the Loonie drop below 76 (as it has done a few times this week!). The U.S. dollar will continue to be driven by commentary from the Federal Reserve and even at current levels, it’s relatively cost-effective to bring in feedstuffs across the 49th parallel into Canada, substituting out more expensive feed wheat and/or feed barley.

Even with some bias towards dry conditions in Alberta and parts of the U.S., any price gains (i.e. 15-25 cents/bushel) will likely be tempered by substitution effects (it always happens). With most eyes on seeding now, pops in the market due to delays will undoubtedly be rationalized in the long-term by the fact that barely any yield potential in corn crops is lost until early-to-mid May (and it’s not even mid-April!). Overall, currencies are still a focus of the market, but given the time of the year, everyone’s looking to the sky for the next hint as to where we go.