John Deere wins at the Agritechnica’s 2015 Innovation Awards had RealAgriculture representatives hopping in Hanover, Germany in November. You’ve already seen footage from their ProCut technology and their GoHarvest combine simulation system. In this episode of the TechTour, we move over to forage production, and Deere’s “Active Fill Control Sync” (AFC Sync).

Don’t Miss Out: Enter to Win a Meridian Fuel Trailer

“The starting point of the system is an automatic trailer filling system,” John Deere’s Peter Lauer tells Shaun Haney in the interview included below. “So we get the stereo camera, mounted on our unloading spout, and this stereo camera…recognizes the edges of the trailer.”

Using the information gathered from the spout camera, combined with GPS data from both the trailer and the forage harvester, the system automatically positions the chute, and synchronizes both units.

In current harvesting systems, an operator has many tasks to focus on. S/he has to maintain the same path as the trailer operator, operate the machine at its highest efficiency and constantly monitor and adjust the spout (without spilling or overloading).

“This is all good…for one hour or two hours, but he does that sixteen hours a day in main season,” Lauer says. Through AFC Sync, the operator can have a break from constant neck-craning, and overall fatigue. 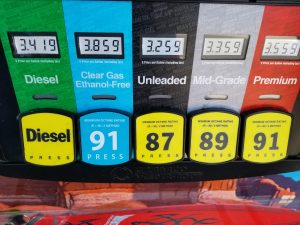 We are just ending Q1 of 2020 and it is already a year to remember for generations. As we attempt to deal with COVID-19, governments are also trying to be aware of the economic future. Like you, this COVID-19 outbreak has impacted my family and business. Graduation has been cancelled, baseball season is in jeopardy,…Read more »