Did you know we’re in the thick of the thirty-second annual National Soil Conservation Week? It runs April 17-23, and gives us a reason to consider the ground beneath our feet.

To celebrate sustainability and soil health, the SCCC has launched a photo contest to show Canadians what sustainable farming looks like in Canada.

Here at RealAgriculture, we’ve been celebrating as well. In fact, we’ve  compiled lists of some of our favourite tweets of the week, and content from our archives:

One week isn’t nearly enough to celebrate something that matters so much each and every day! #soilweek @soilcouncil pic.twitter.com/htzS7R7fRD 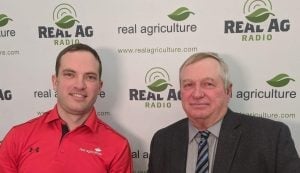 Farm groups across the country have ramped up pressure on the federal government to address the impact of the federal carbon tax and to recognize agriculture's positive contributions in capturing greenhouse gases. Both Keystone Agricultural Producers (KAP) in Manitoba and the Agricultural Producers Association of Saskatchewan (APAS) have released studies quantifying the cost of the…Read more »

Canola School: Getting Tested for Clubroot