The gene gun, the first of which literally used a .22-calibre bullet, was invented by plant geneticists working at Cornell University in the 1980s as a way of injecting DNA into plant cells.

The technology made the process of introducing new genetic material to many major crops, including corn and wheat, much more efficient, helping to create plants with resistance to pathogens and herbicides.

Today, Cornell is still one of the leading institutions in the world when it comes to biotechnology.

For this episode, Rob Saik, host of Agri-Treks and founder of Agri-Trend, takes us on a tour of the genetic engineering facilities on Cornell’s campus in Ithaca, New York: 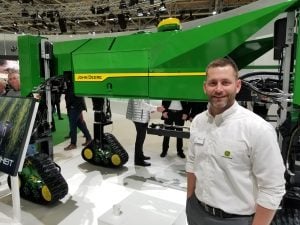