Changes to wheat classes in Western Canada are just around the corner.

Two classes will be created, while three others will be dropped, on August 1, 2016.

Murdoch MacKay, commissioner with the Canadian Grain Commission, joins us for this episode of the Wheat School to discuss the changes and why they’re being made.

As he explains, the new Canada Northern Hard Red (CNHR) class will be established to address concerns about lower gluten strength in Canada Western Red Spring (CWRS) and Canada Prairie Spring (CPS) varieties. The CNHR class will also provide a home for several North Dakota varieties — Faller, Prosper and Elgin ND — that were in the Canada Western Interim Wheat class, which will be eliminated.

Because they won’t fit the new parameters, 25 current CWRS and four CPS varieties (see below) will be moved into the CNHR class on August 1, 2018, giving the seed industry and farmers two years to adjust.

“Producers need to be aware where these varieties will be moved, and the date they’re going to be moved — August 1, 2018. As they make their plans going forward, they should keep that in mind,” stresses MacKay, noting Lillian, Harvest and Unity are among the varieties that will be reclassified from CWRS to CNHR in 2018.

“We do not want producers to be caught off-guard, saying ‘I wasn’t aware.’ So you will be hearing this message from CGC staff over and over.” 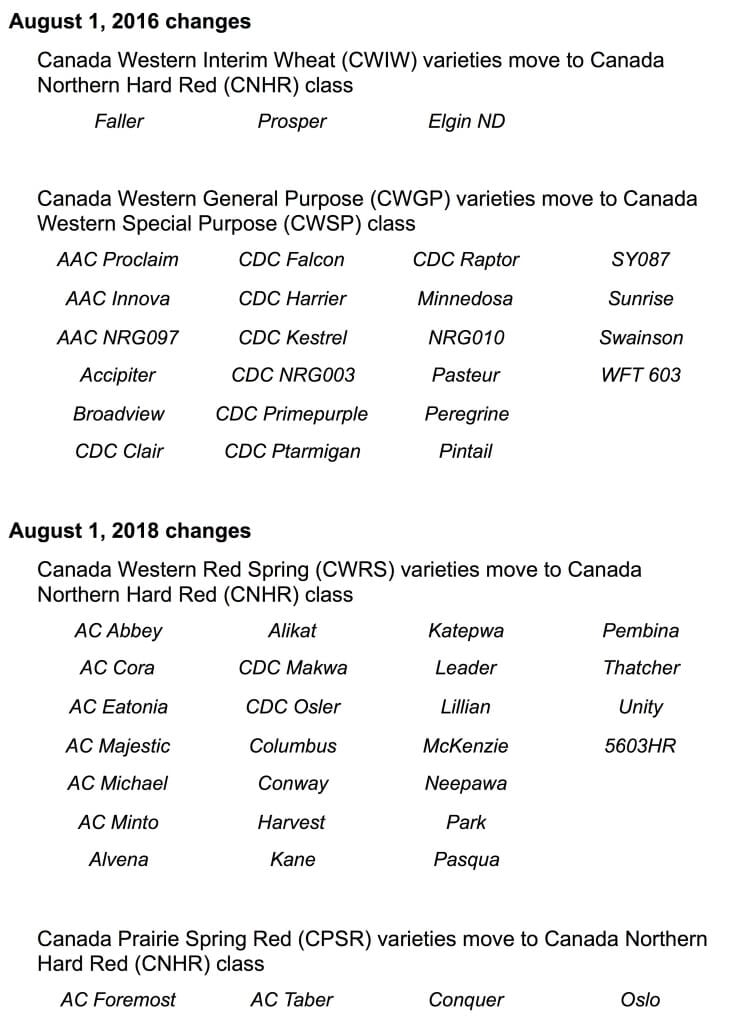