Harvest is ramping up across Western Canada, with combines rolling — and some getting stuck due to wet conditions — in cereal and pea fields.

Saskatchewan’s Ministry of Agriculture issued its first yield estimates in its weekly crop report on Thursday. The ballpark expectations for most crops are above 2015 yields, as well as higher than the five and ten-year averages, with lentils and chickpeas as the notable exceptions. While above average, most crops are not expected to surpass the bumper yields reached in 2013. 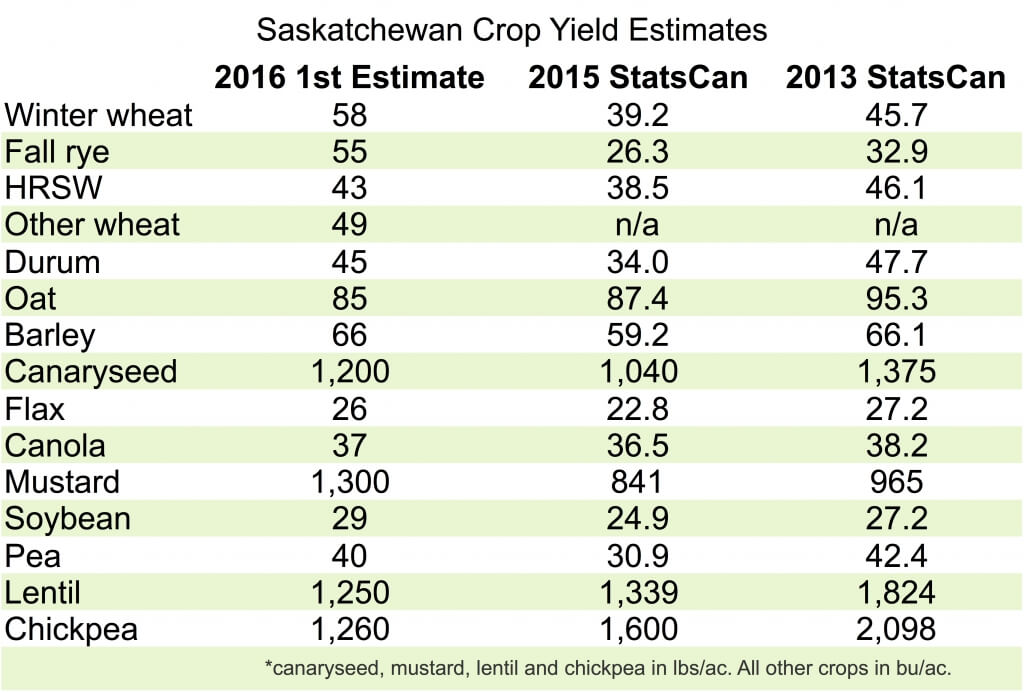 Alberta Agriculture and Forestry, meanwhile, has issued several yield estimates throughout the growing season, with the most recent numbers published on August 9th.

Manitoba Agriculture doesn’t publish yield estimates, but shares reported yield ranges. As of Monday, the department said winter wheat yields range from 50 to 100, fall rye 40 to 95, spring wheat yields 40 to 60, barley yields 70 to 85 and field peas 25 to 50 bushels per acre.

StatsCan will be issuing its first production estimates on August 23.

Have a safe harvest!