Canadian fertilizer giants Agrium and Potash Corporation of Saskatchewan say they’ve reached a deal to merge their businesses to form the largest fertilizer company in the world.

The new company, which would be named before the transaction is finalized, would be worth around US$36 billion, with close to 20,000 employees and operations in 18 countries, according to a joint news release.

The registered head office would be in Saskatoon, where PotashCorp has its headquarters. A corporate office would also be located in Calgary, where Agrium — the parent company of Crop Production Services — is based.

The deal would create the “pre-eminent low-cost producer of potash and high-quality nitrogen and phosphate” with “up to US$500 million of annual operating synergies primarily from distribution and retail integration, production and SG&A optimization, and procurement,” according to their joint statement.

Agrium’s President and Chief Executive Officer Chuck Magro said, “This is a transformational merger that creates benefits and growth opportunities that neither company could achieve alone. Combining our complementary assets will enable us to serve our customers more efficiently, deliver significant operating synergies and improve our cash flows to provide capital returns and invest in growth.”

After closing, PotashCorp shareholders would own approximately 52 percent of the company, with Agrium shareholders owning 48 percent. Tilk would serve as Executive Chair, while Magro would be the CEO.

When word of merger talks between the two companies was leaked two weeks ago, several farm groups said they would be asking regulators to investigate the deal and its impact on competition in the fertilizer and crop input market.

Agrium and PotashCorp say they expect the transaction will close during mid-2017, pending the normal closing conditions and approvals from regulators, shareholders and Canadian court. 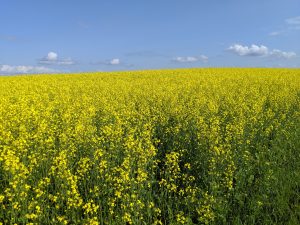 Bayer is removing two hybrids from the marketplace, after an extensive review of the performance of DEKALB DKTF 92 SC and DKTF 94 CR. Based on "inconsistent performance" in 2019, the company says that these two hybrids did "not meet Bayer's expectations." 2019 was the first year the two hybrids were in commercial production. Bayer's…Read more »