Grains pushed through the first full week of September with a mix of bearish and bullish headlines, but mostly of the latter as a weaker U.S. Dollar, wet weather, and decent export numbers being supportive. Corn was the shining star for the week, up 3.5% in Chicago, mainly supported by ethanol being up more than 3% on some recent strong demand statistics. Soybeans improved by almost 3% but a stronger Canadian Loonie over the week kept canola flat for the week. Meanwhile, wheat has been trying to climb out of the basement, up about 1% for the week, with Chicago wheat back over $4 USD / bushel and Minneapolis spring wheat flirting with $5 again, but gains continue to limited by the size of the global harvest.

Analysts are mixed though as to the effect that the rains in the US will have on the soybean crop, with some saying it will create mold and other disease issues, while others are saying it’ll provide the perfect amount of moisture to make the crop the best ever. While the supply situation is pretty much clear at this point (there’s a lot of grain), stronger demand is pretty much the only thing in the short-term that can buy the grains markets out of the bottom. 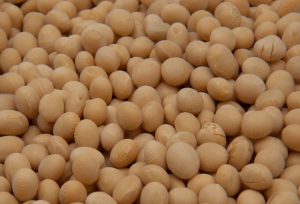 On Monday, September 12th, we’ll get the U.S.D.A. monthly installment of their W.A.S.D.E. report and what we’ll be watching for is revised U.S. corn and soybean numbers (both yields and production), as well as anymore clarity on South American production for 2016/17. Most analysts believe the report to be a non-event though as most believe the market has priced in at least a 170 bu/ac U.S. corn yield and around 50 bu/ac on soybeans (both new records, eh!)

In the Land Down Undaa, great growing conditions are shaping up what could be a record Aussie cereal crop, with both barley and wheat production topping out at the high side of history. Despite less acres of barley, production estimates of the grain range from 9 – 10 million tonnes (the previous record 10.4 million was set in 2003/04). Australia exports most of its barley but things have gotten very competitive this year with more wheat and corn available globally but also because China has been trying to auction off its domestic reserves.

While China is sitting a plethora of corn, a lot of it is old and practically unusable. However, with more reliance on soybeans for livestock feed purposes, one can easily see why the People’s Republic is setting a domestic soybeans production target of 18.9 million tonnes by 2020 off of 23 million acres, up 56% and 37% respectively from 2014. Increased use of GMO varieties will likely help the Chinese achieve this target, but with livestock feed demand growing consistently, it’s unlikely that the expected 85 million tonnes or so of soybean imports projected this year will decline in years to come.

As part of the oilseed acreage increase plan, in one of China’s most productive growing regions, the Heilongjiang province, the government is planning to pay farmers around $136/acre ($335.40/hectare) to plant soybeans instead of corn as the People’s Republic looks to become a bit more self-sufficient instead of just importing all the time. Under this new policy, Beijing is hopeful that more than 1 million acres of corn will instead get planted with soybeans, or about 6.5% more acres of the oilseed.

Coming back to the barley game, China has imported just 2.55 million tonnes of barley from January to July this year, a drop of 62% year-over-year (Australian barley accounted for 70% of those imports, or 1.8 million tonnes). Further, barley export competition from the likes of Ukraine (a 9.6 million tonne crop this year) and Canada (8.7 million tonnes) are making it tough to earn business with other large buyers like Saudi Arabia. Moving into the malt market, with some areas affected by the same rains hitting the western European wheat crop, the spread between malt and feed is widening.

Speaking of that European wheat, only 24% of the French wheat crop has had good bushel weight (60 lbs/bu or heavier), down significantly from the 5-year average of 80%! As a result, French soft wheat’s ability to sell into North African and Middle Eastern markets has become very tough (the U.N. is only pegging E.U. soft wheat exports at 25.5 million tonnes this year, a 4-year low). However, Egypt is making it extremely difficult to sell to them anyways, officially lowering their ergot tolerance to zero again. As such, Egypt rejected 63,000 MT of Romanian wheat this wheat for not meeting the zero ergot tolerance policy (despite being contracted at 0.05%) while another 31,000 MT of Russian wheat that’s been sitting in an Egyptian port for a month is now getting re-exported somewhere else because it hasn’t gotten unload clearance from quarantine authorities! The Economist is calling the zero ergot rule a “a stupid policy from an incompetent government” (a sentiment I have to concur with). 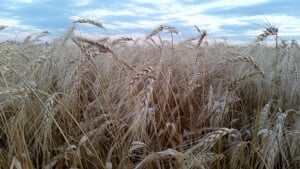 With the world awash with wheat, there’s more than a few grain buyers, analysts, and farmers who think less wheat will be planted next year, especially in North America. With wheat trading below $3/bu USD in most areas of the US thanks to wide basis, winter wheat acres in the U.S. might slide 10 – 20% amongst major growing regions, which in turn could support prices in a few months’ time to rise from the bottom feeder mode it’s in right now.

Fresh updates from the US Climate Prediction Centre has downgraded the likelihood of a La Nina event this fall / winter to 35 -45% from the 75% they were at in June. While the chances are “definitely not zero”, this does decrease some of our own expectations of the extent of how negatively impacted Brazilian soybean crops could be. That being said, many analysts are suggesting that Brazilian soybean acres will not increase this year after multiple years of expansion (credit problems mainly being blamed), but barring negative impacts from La Nina, 100 million tonnes of the oilseed could be taken off.

For Brazilian corn, profits for growing the coarse grain are much better in Brazil and in America right now as Brazilian prices remain at historically higher levels when priced in Reals (relatively same price in US Dollars, but $3.50/bushel USD equals R$30 per 60 kg bag – not the record level it used to be but still a good return). With domestic demand up and global demand improving a tiny bit, Societe Generale thinks corn prices on the Chicago board could hit $3.50 before the end of 2016, but are calling soybeans a “value buy” right now, thinking that we’ll get back up above the $10/bu handle on the Chicago board as we get into fall months.

This in mind, the current pace of US soybean exports is about 40% above last year’s pace, creating some thoughts that the U.S.D.A. may bump the demand number in the September W.A.S.D.E. report on Monday. It comes as recent analysis of consumption numbers suggests that the carryout for US beans for 2015/16 was actually closer to 200 million bushels, not the 255 million handle that the USDA gave us in the August WASDE. Conversely, end-of-year-inventories of U.S. corn may have been larger than the 1.71 Billion bushels pegged by the USDA, thanks to smaller feed and residual use over the summer. Will the USDA admit some changes and update their forecasts on Monday?

Finally, on Wednesday September 7th, we got Statistics Canada stocks report, showing mostly bearish numbers. Total available wheat in Canada as of the end of July 2016 was 5.17 million tonnes, a 27% drop from last year and 28% below the 5-year average, but this was much more than the 4.3 million tonnes the market was expecting. For durum, there’s apparently still 1.1 million tonnes in Canada as of July 31st, 480,000 MT of which is held by farmers, and compared to the past 5-years, that on-farm ownership is about 22% higher than usual.

The big surprise of a StatsCan report went again to canola as available stocks of 2 million tonnes came in well above the 1.27 million tonnes guesstimated before the report. This is still a 21% drop year-over-year (+11.6% from 5-year average though). The significant difference was a result of StatsCan bumping their 2015 production number by 1.15 million tonnes for an 18.4 million-tonne crop last year. Many would take this revision and the numerous other upgrades StatsCan has done in the past as confirmation that they’ll also bump the 2016 canola output number from the current 17 million tonnes forecasted (most of the trade is estimating at least 18 million).

With lots of grain coming off, we believe that the international grain trade will be dictated by currency effects and freight expenses in 2016/17, mirroring a lot of what we saw in 2015/16. The currency effects are already playing out already as Asian wheat buyers are switching over to Australian origination versus the ultra-competitive Black Sea region. With less-than-ideal rains slowing combines this week, the focus of many cereal buyers is turning to disease. Regardless if you’re selling wheat or barley into milling or malt markets respectively, buyers need to know things like vomitoxin and fusarium.

As such, we continue to stress that knowing the quality of your grain is your first step when it comes to a solid grain marketing plan. While it’s good to send samples in to elevators, having an independent analysis by FarmLead’s partner SGS Canada or the Canadian Grain Commission is a must in our books. While a bigger crop but of variable grades makes it bit more difficult to put batches of good quality together, we are seeing some premiums available but gains are likely to be limited.