Statistics Canada published its second annual set of crop production estimates based on a model that uses satellite imagery on Tuesday.

The algorithm says the canola crop will be almost 8 percent larger than estimated in the agency’s survey-based production report published on August 23, with production pegged at 18.3 million tonnes versus 17.0.

The new report also projects slightly larger corn and soybean production, while the wheat numbers are in line with the most recent survey. Check out the latest numbers below: 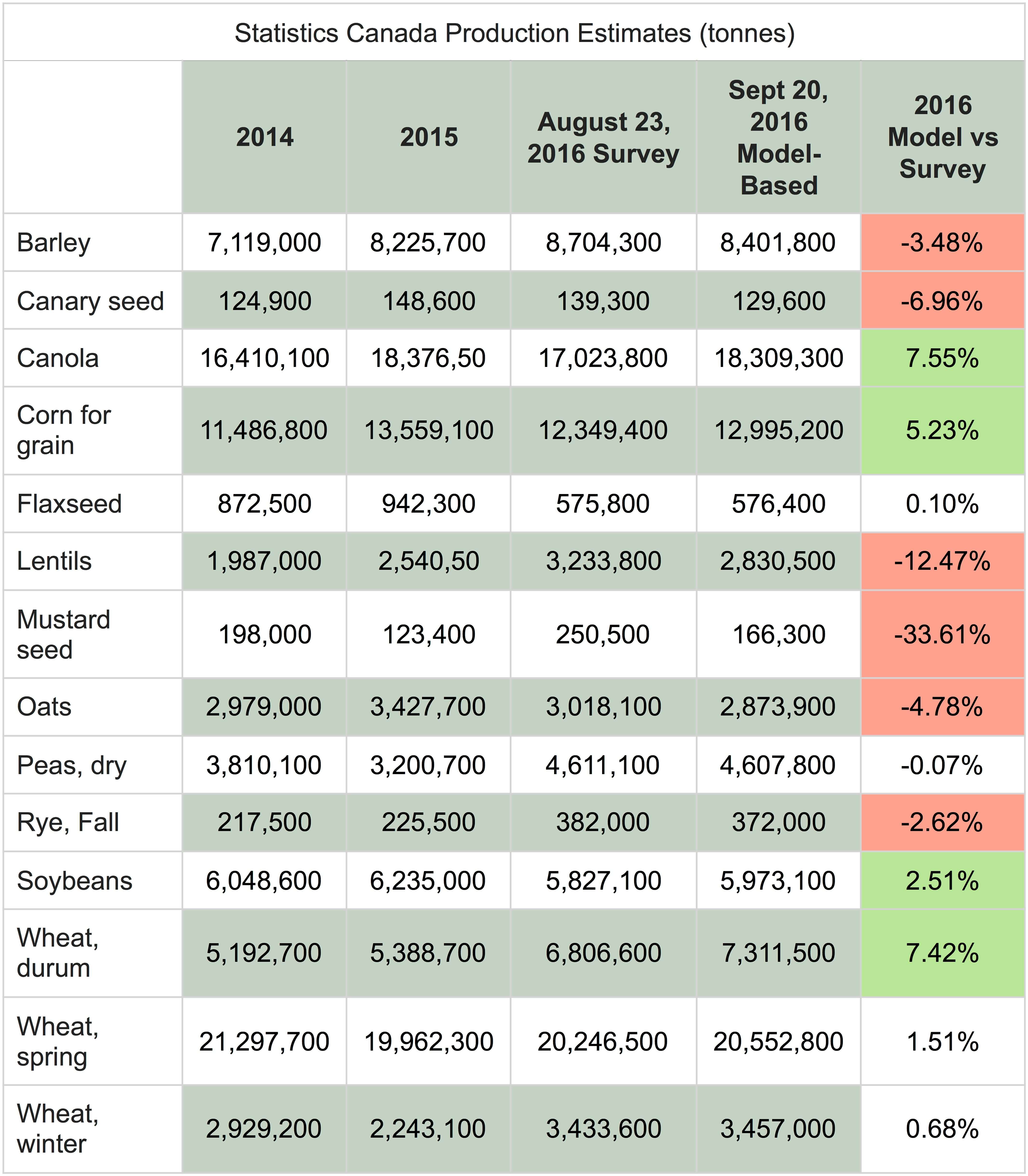 Weather and geopolitical risk —This week in the grain markets