Grains this week got some love from the bulls as the market rallied on some short covering, strong international demand, and harvest concerns (also known as weather premiums). Wheat was the big winner of the week, climbing 6.5%, with oats and corn following closely behind at 4.8% and 4.7% higher on the week for front-month contracts. Canola almost touched the pyschologically-significant $11 CAD/bushel on the Winnipeg ICE board as it jumped 3.5% for the week, while soybeans were the low-man on the totem pole, up just 0.6% for the week. Net-net, the only thing that might make producers happier now is better combining weather.

While things look like they’re going to be a record south of the 49th parallel, about 20% of the Western Canadian crop has yet to be combined, with progress slowed down by snow and rain. It’s estimated that as much as 1.5 million tonnes of canola and 7 million tonnes of spring and durum wheat (or feed?) have yet to be taken off in the Prairies, apart from other crops. Those heeding the call to lock in feed values did so at levels literally $1 – $1.50 / bushel higher than where we’re today. A related note is that Canadian feed wheat is now getting competitive with that of Black Sea origin as well. 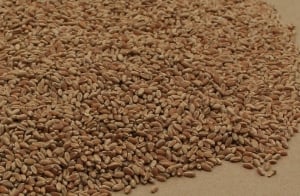 However, the good rally this week was rationalized by U.S. hard red winter wheat being offered in the latest Egyptian G.A.S.C. tender at a FOB U.S. port price of $174 USD / MT (or $6.25 CAD / bushel at Friday’s exchange rate). However, the U.S. wheat, offered by Louis Dreyfus, was disqualified from the getting in the race because it was higher protein that what the tender was looking for (basically Egypt said “hey you’ve got nice wheat, but it’s too nice, even at that price, and we’ve been doing a lot of business with other people”).

Unsurprisingly, Russian and Romania cargoes ended up selling the winning offers for an average price of $187 USD / MT delivered (or $6.70 CAD / bushel). This takes total G.A.S.C. purchases to 1.5 million tonnes for the marketing year, 600,000 behind a year ago (blame some poor ergot policies for the pace). Ultimately though, the conclusion from this is that U.S. wheat is available and it’s clear that the stuff is competitive on the world market. That being said, it probably doesn’t come at a much better time as more countries are looking to secure product for delivery in the first few weeks of 2017.

That being said, we’ve been calling for patience, by holding on to your better quality stuff and we’re getting to that point to consider selling into this strength in the market in 10% blocks. Despite the fact that there’s still a few million tonnes in Western Canadian fields still not combined, we find it hard to see canola prices climbing back to where we were at in June. This suggests, if you’ve already secured some crop inputs, it may be worthwhile to consider locking up a block of 2017 production already.

Why? I’m not confident the dynamics of the market can stay elevated for a super long time, unless there’s a really bad spell of weather in Brazil AND in North America over the next 3-4 weeks. Soybeans continue to be pressured by off-the-combine sales while, corn, because it’s winning the storage war against soybeans (AKA farmers are putting it in bins and shutting the doors), is facing some resistance.

Another limiting factor in this week’s rally is that there’s a lot of grain likely coming off in the U.S. On Tuesday, October 13th, the USDA came out with their October version of their World Agricultural Supply and Demand Estimates (WASDE), giving the grain markets a bit more clarity on what the U.S. crop is looking like. Disclaimer: they’re big.

Average U.S. soybean yields were pegged at a record 51.4 bu/ac (market expected 51.5), for a 4.27 Billion bushel crop (or 116.2 million tonnes and +9% year-over-year). There’s more than a few analysts who believe that the final yield number will come in above 52 bu/ac by the January report, but the shots fired in this report really came in the form of harvested acreage also climbing to a record 83 million (+2% from last year).

On the flip side of the equation, demand continues to show some healthy numbers, especially exports, which are expected to be a record 2.025 Billion bushels in 2016/17, meaning a domestic carryout of 395 million bushels, still under the psychologically-significant 400-million-bushel handle. Total worldwide production is seen at a record 333.2 million tonnes, including a combined 159 million tonnes between Brazil & Argentina. With Chinese imports remaining set at 86 million tonnes, global ending stocks to climb 2.5% year-over-year to 77.4 million tonnes.

As for wheat, US inventories by the end of 2016/17 were set at 1.14 billion bushels, up from 1.1 billion bushels last month (and +17% year-over-year), mainly thanks to tougher competition in the international wheat trade and corn still being preferred in domestic feed markets. Accordingly, average U.S. prices this marketing year have been set by the U.S.D.A. at $3.50 – $3.90 USD/bushel, a significant drop from last year’s average of $4.89 USD/bushel .

So…where do we go from here? The crew over at DTN points out that from a historical stance, the price improvement both corn and soybeans saw in September, combined with some fresh demand factors means prices are likely to at least stop droppinr. Export data continues to show some decent figures as with one month of the 2016/17 marketing year behind us, total sales and shipments of U.S. corn and soybeans are up 87% and 30%, respectively, compared to a year ago. Further, Brazil’s balance sheet is pretty tight so they can’t compete right now and it will be months before any Brazilian ports will be able to export any grain out to international buyers. 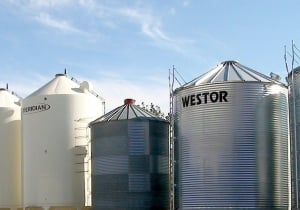 Nonetheless, there is a fair amount of grain out there still (both in the bin and not combined for that matter). I think it’s safe to assume that low grain prices have started to slow low grain prices, at least as it relates to higher quality wheat with spreads starting to widen, something we called for back in early September. Yes, we would like to see more upside, and I’m not doubting that there’s some potential for that, but we look at these rallies as opportunities to manage price risk and lock in some profit were possible.

Consider this: wheat prices rallied about 10% in the past couple weeks. To rally another 10%, they have to climb another 40 – 50 cents / bushel. Without some absolutely incredible new export demand in that time frame, or disastrous weather driving up the value of other crops (which wheat would likely tag along with), it’s hard to justify this expectation. Remember: hope is not a risk management. Understanding where you make money at and where you don’t is though. One easy way to also manage price risk to spread your sales out in blocks of 10% or so. Don’t hope for better; just manage risk better.