Grains this week got a solid lift on weather concerns, strong indications of better demand, and, subsequently, short-covering in the futures markets as more traders are getting optimistic that we’ve touched bottom. Corn is getting support from both domestic ethanol and feed demand while wheat pushed higher on some short-covering but gains were limited towards the end of the week. U.S. soybeans will continue to own the global market until the South American crop comes off in early 2017 but U.S. farmer selling is keeping things in check. Finally, canola had a wild ride this week, getting back above $500/MT for the first time since June thanks to the delayed Canadian harvest & following palm oil prices.

More specifically canola rallied 3% for the week and is now up more than 8% in the past month, getting multiple targets filled and killed (AKA hit) on the FarmLead.com Marketplace and everywhere else. Soybeans didn’t fare as well though, up only 2.2% for the week and only 1% in the last 30 days as U.S. farmers are selling off the combine. Corn actually fell 0.5% in the past week but is up 3.6% since the 3rd week of September, while wheat is up 1.6% over the same 30 days but it lost some strength this week on profit taking, down 1.6%. Finally, oats is making a run, up 3.6% for the week and almost 24% in the past month (technically a 40 cents USD / bu move on the Chicago board).

Temperatures in many parts of the Midwest, East Coast, and southern US hit record highs this week, really helping Harvest 2016 speed along, contrasting the 20% of the Western Canadian crop still in the field (12M – 14M tonnes of grain?). On the other side of the equator, rain in Brazil is creating concerns over the quality and size of Brazil’s wheat crop for the second year in a row (they’re just starting to harvest). Conversely, the rains are being welcomed by Brazil farmers who have recently seeded or were looking for some more soil moisture for their corn and soybean fields. Next door in Argentine, about 1/3 of the bigger corn crop has been planted.

Pulling back a bit and looking at the big picture, worldwide corn ending stocks finished 2015/16 at about 22% of total use (AKA consumption), above where they’ve been the past few years but still below the 25% – 30% seen in the 1990s. Similarly sitting at decade highs is wheat, but it’s much more “burdensome” at nearly 35% (which is part of our rationale here at FarmLead that any significant rallies will be kept in check).

Looking at the world’s largest producer and consumer of grain, recent analysis suggests that China holds 50% of total global corn inventories, 45% of all wheat carryout, and almost 20% of worldwide soybean stocks. That being said, China has ended its auction of its plethora of corn (estimated at 200 million tonnes) until May as the government focuses on buying new crop. However, Chinese domestic prices are down about 1/3 year-over-year and almost 20% in the past month as China has stepped away from minimum support pricing in order to alleviate it’s massive stockpile of grains. There’s buzz that government of the People’s Republic will flip-flop policy though, instead trying to stimulate demand by subsidizing corn processors.

E.U. winter rapeseed crops are just starting to emerge, but some fields aren’t looking so great after a dry September. With seeded area in Europe up an estimated 3% from this past year to 16.55M acres, there’s optimism by producers that production will rebound from the 4-year low of 19.9M tonnes seen in 2016/17. However, the latest-seeded fields across the continent (including France, Germany, and Poland) are all stressed, but this only represent a small portion of total acres.

The U.S.D.A. recently put out a new report that production will rebound from a small crop in 2015/16, but that available stocks will remain tight. This comes as Oil World said a similar thing last week, suggesting that palm oil inventories will be remain tight until March, and that palm oil prices are “undervalued” at the moment”. As substitution effects go, other vegetable oil crops are earning some support as, if palm oil is undervalued, then they must be too!

On that note, canola futures values in Winnipeg are back above $500 CAD / metric tonne, but the Canadian oilseed has some challenges it has to overcome to keep climbing. First, we’re starting to see basis levels for soybeans in the U.S. widen, as farmers selling off the combine are creating harvest pressures for the markets. Second, the futures boards for both Australian canola and Paris rapeseed have already started to pull back, meaning it’ll be harder for Winnipeg values to keep pushing higher without support from other exchanges. And finally, some warmer weather is finally allowing for some canola to finally get combined in Western Canada. 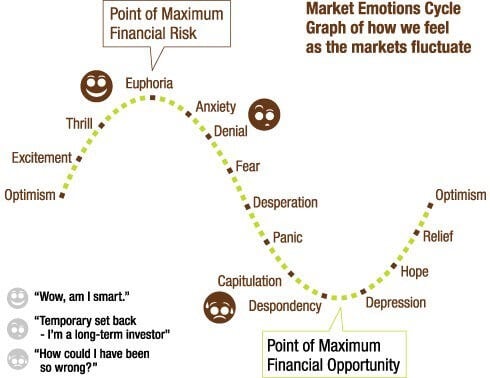 If you haven’t noticed yet in reading the daily Breakfast Brief or the weekly commentary on Real Agriculture, we here at FarmLead are strong believers in managing and diversifying risk. It’s not in my interest or yours to talk about things like how many millions of dollars are in the field still like some analysts have done recently, because that value is arbitrary on a daily basis. What’s relevant is what threat does it put on the bears and bulls of the market, or, more simply, what sort of upside potential is there versus downside risk?

As we’ve seen prices jump a little higher in the last 2 weeks, we must caution that we don’t feel the highs seen in June are obtainable without a significant weather event in South America. In the short-term, will this rally continue? Both you and I know 100% that the answer is “Not Forever”. Yes, we would like to see more upside, and I’m not doubting that there’s some potential for that, but we look at these rallies as opportunities to manage price risk and lock in some profit were possible.

With each incremental move higher, the next percent point gain is harder to make (also known as the law of saturation – kind of like eating til you’re full at Thanksgiving!). Simply put, much like farming in general, managing price risk can be a wild ride – gambling by holding on too long can hurt though.

Acreage Shifts, Feed Supplies, and Shipping Lanes – This Week in the Grain Markets

Logistics putting on the pressure — this week in the grain markets