Ontario-based dairy co-operative Gay Lea Foods has announced it plans to spend $140 million over the next four years to develop “an innovative, nutrition and nutraceutical-grade dairy ingredients hub.”

Phase one for the Mississauga-headquartered business will include a $60 million expansion of the Teeswater Creamery in the village of Teeswater in Bruce County, Ontario, with work slated to begin in early 2017. The oldest creamery in Canada, the Teeswater facility has been operated by Gay Lea Foods since 1981.

Another $3 million will be invested in a new Research and Development Centre of Excellence in Hamilton. The first phase also includes upgrades and expansion at Gay Lea’s Toronto area food manufacturing facilities.

Gay Lea Foods the largest dairy co-operative in Ontario with members on more than 1,300 dairy farms producing 35 percent of Ontario’s cow milk, and more than 4,000 members in total. The company recently acquired Stirling Creamery and Black River Cheese, as well as a minority interest in Mariposa Dairy Ltd, which produces goat and sheep cheeses. Gay Lea also announced a joint venture with Vitalus Nutrition Inc. in October to build a new dairy ingredient and butter processing facility in Winnipeg, Manitoba. 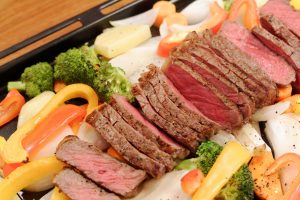 Can we eat our way out of climate change?

Can we eat our way out of climate change? If we all became vegans could we eliminate livestock and put a big dent in greenhouse gas (GHG) emissions? Those are just some of the questions Dr. Sara Place tackles daily in her job as Elanco Animal Health's chief sustainability officer. Earlier this week, Place joined…Read more »