The Canadian Food Inspection Agency has proposed changes to the rules for the transportation of animals.

Discussions about changes to the transport regulations, most of which have been in place since 1977, have been ongoing for a number of years. The draft amendments were finally published in Canada Gazette on December 3 (read the entire proposal here.)

The proposed changes would reduce the maximum amount of time animals can be in transport without access to food, water and rest (see chart), as well as clarify definitions for terms such as “unfit” and “compromised” to help regulated parties better understand what’s expected of them and to make the requirements more easily enforceable.

The CFIA also notes the changes would align Canada’s rules more closely with those of international trading partners and the OIE’s animal welfare standards.

Continuing with the current humane transport requirements would result in continued use of general terms in the Health of Animals Regulations, ineffectiveness in protecting animals often due to the regulated parties’ misunderstanding of the required conduct for ensuring animal welfare, gaps in enforceability, lack of relevance regarding current practices, and a continued misalignment with the OIE animal welfare standards for the transport of animals and the animal welfare standards of Canada’s international trading partners.  — CFIA’s proposal for changing animal transport regulations.

The proposal is open to public comment until February 15, 2017 (more on how to submit a comment here.) 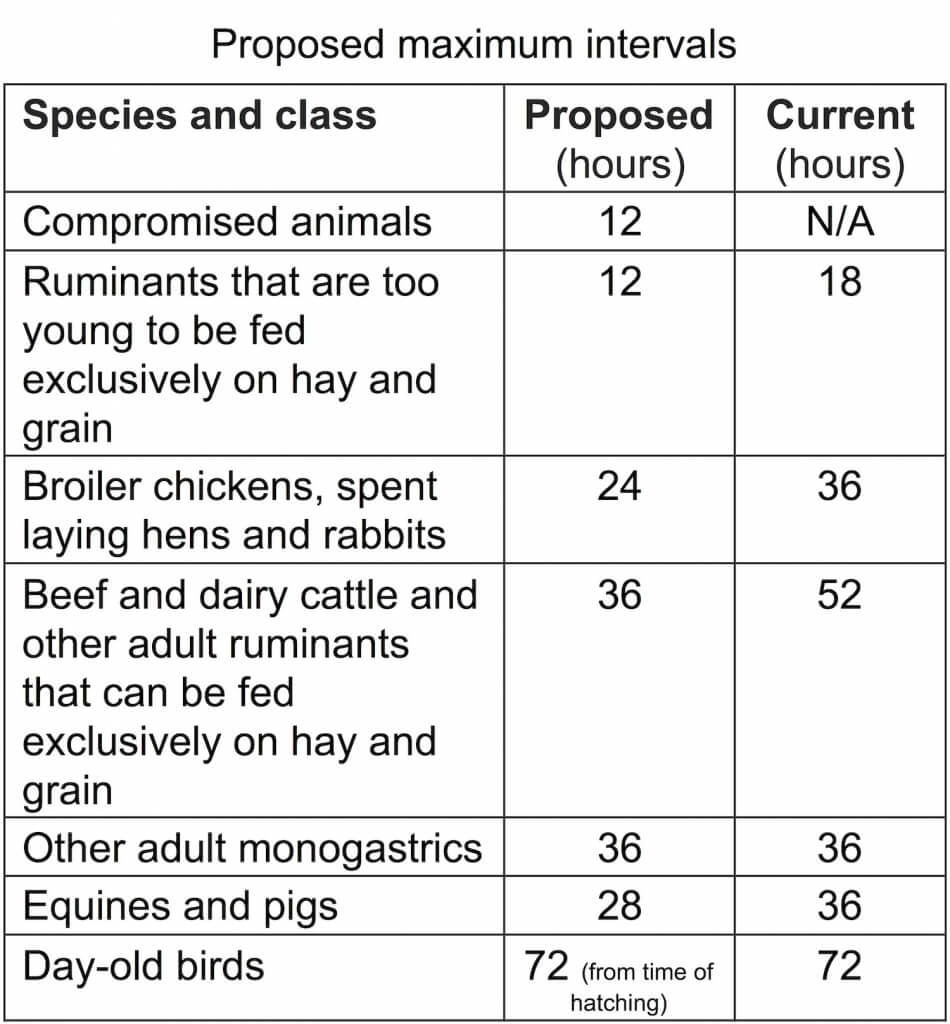 Ontario set a new record for average winter wheat yield this year at 99.7 bu/ac. And as winter finally settles in on the province, RealAgriculture agronomist Peter "Wheat Pete" Johnson says conditions are ripe for the fall-planted crop to break more records in 2023. But Mother Nature will have a lot to say about that…