Grain markets headed lower this week as the market dealt with lower volume and profit-taking ahead of the winter holidays. Since last Friday, the Canadian Loonie lost 1.4% to head into the Christmas weekend below 74 cents USD as Trump economic policies that are trickling out continue to support the U.S. economy more than they do trade. Soybeans also dropped on weather concerns relaxing, down 4.6% for the week, and with soy oil down 5.5% since Friday, canola lost 3.05%. Wheat fell 3.6%, while corn and oats were down 2.6% and 2.45% respectively, leading us to question: what really happened in 2016 grain markets?

Ultimately, things are ending 2016 in a divergent state: cereals and coarse grains all dropped year-over-year whereas oilseeds climbed higher. Despite record production of wheat and corn, demand growth hasn’t kept up proportionally. This contrasts the oilseed and vegetable oils market, which continues to see strong requests from Asia.

Trade has been quite volatile, with front-month contracts across the grain complex having a spread of 20%-40% in 2016. Many speculators would like to say they know exactly when the market is topping out (and subsequently brag about selling at those levels at the top of the trading range) but, if that’s the case, I’d attribute that more to luck than anything. While we here at FarmLead time-stamped on December 31, 2015 how grain markets might operate in 2016, forecasts are really just best guesses made by incorporating as many datapoints as possible. That in mind, with all the different variables affecting grain markets – namely global weather, supply, demand and hedge fund speculation money in 2016 – it’s not an exact science to know when you’ve reached the top and acknowledge that the view can’t get much better.

While they were just best guesses at the time, our timestamped calls turned out to be fairly accurate. When we started 2016, we saw what turned out to be the best basis opportunities of the year in Canada, which was because the Canadian Loonie, at the time, was at the lowest point it’s been since 2005. Comparatively, U.S. basis levels have widened considerably over harvest, especially in soybeans and wheat as supply pressure pushed cash levels lower while speculation in the bean market has pushed futures higher. As such, in the winter, we were strongly recommending to lock in the basis levels and this proved to be the very profitable call. The other reasoning behind this is that, with equity markets not making much of a return, we started to see money flow into commodity markets in 1Q2016 and much more in 2Q2016, driving up paper values. 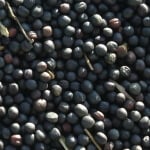 We also correctly called that oilseed prices would remain suppressed, thanks to overwhelming supplies, however, what was not expected was the extent that speculation drove soybean prices higher from April to mid-June. In that same outlook we gave at the beginning of 2016, we suggested that canola prices could hit $500 CAD / MT before the start of Plant 2016 but was expecting it to be driven more by vegetable oil prices, not managed money getting longer and longer on beans because of harvest concerns in Argentina. By mid-June, we saw highs of almost $12 USD / bu for soybeans, $430 USD / short tonne on soymeal, and corn touching $4.60. However, once Northern Hemisphere planting concerns became unfounded and more soybeans than what was first estimated actually were combined in Argentina, the market dropped like a baby giraffe out of the womb.

By the time the smoke had cleared, most prices had dropped about 20-25% in a matter of 2-4 weeks! In the first two weeks of June, we reminded our readers that the market felt top-heavy and was poised to fall over sooner than later, and “chasing the chicken” wasn’t the best way to manage risk. For those who did manage risk and understood that the reasons behind the rally were mainly based on a 5 million-tonne difference in Argentina’s soybean harvest, the rally new multi-year highs seemed illogical.

From a learning perspective, this was great example of how to manage grain price risk, by selling into every incremental move higher, and proactively managing your exposure to the market. The preference of avoiding losses and hoping for a better price versus the reality of locking in profits is also known as the theory of loss aversion. I love to tell producers to “sell on the rumour and profit on the fact” and knowing that spring rally was mostly rumour-driven, some great sale opportunities were taken advantage of.

While corn, soybeans, canola, and wheat all pulled back aggressively, some of the starkest changes were seen in feed grains, especially in Western Canada. More specifically, the highs of early spring 2016 were erased quickly with values dropping almost $2 / bushel for both wheat and barley before rebounding a bit to today’s price ranges with $4 and $3 handles for each type of feedstuff respectively. Given the current amount of supplies of feed quality grains that are available across North America, cash prices are likely to remain rangebound. I’ll give more of an in-depth perspective on our expectations for the 2017 values in a few weeks, but more directly put for now, we are not expecting 2015/16 feed grain prices to be available at all in 2016/17. 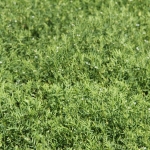 Switching gears, we correctly called that peas and lentils would be the money crops of 2016, but we knew as the buzz of acreage increases intuitively increased, the record levels seen in spring 2016 would not be seen again. This was guaranteed by India receiving some above-average rains, which supported the additional acreage planted there in both the kharif and rabi crop seasons. While we have seen some strong green lentil values, pressures from India’s rabi winter crop on the overall lentils complex will likely pare some of these gains. With better soil moisture, pulse acreage in both the kharif and rabi seasons are records, and combine this with decent crop conditions there, the highs of 2016 seen in the spring are not coming back. Throughout the winter and spring, we proactively managed risk and correctly made the right call to lock profits with new crop contracts of 40% priced (with an Act of God Clause), especially for small red lentils and yellow peas, before any planting even started.

This was the right call because no one knows what the market is going to do and playing the game in front of you is a lot healthier from a balance sheet standpoint, than playing the one you’re hoping for. When you play poker or blackjack, are you thinking about how to play your hand 10 or 20 deals from what’s currently in your hand – or are you thinking about what’s currently in your hand? I’m a former pro hockey player and the morning of a game, we would never watch video of a team that we were playing 2 weeks later. Being able to sell some grain in 10% increments and then still sell more if the price goes higher (AKA selling into strength) is the best approach to managing risk. Too many times this year I’ve heard “oh I don’t need the cash, Brennan”. Do you think a hedge fund manager running $500 million portfolio stops managing risk because they don’t need the cash? (If you’re still wondering, the answer is no, they do not stop managing risk). 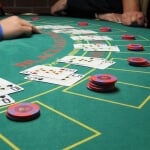 Looking back at what was and what could’ve been , the 2016 soybeans futures traded from the lows of near $8.50 USD / bushel at the beginning of the year to almost $12 handles in early June. It’s Canadian sister canola hasn’t been much different in 2016, if not more volatile, having a range of $450 CAD / MT over the course of a bearish summer to nearly $540 in mid-June (following soybeans) and almost touching those levels again in November. 2016 corn futures started the year closer to the psychologically-significant $4 USD / bushel level before reaching a high of $4.60 on the front-month in early June before touching lows of $3.20 in late August as it was clear the U.S. would harvest a record crop.

For wheat, a 2nd consecutive year of record global production has not been friendly to prices with Chicago futures values pulling back from the highs of $5.70 USD / bushel in early June to the sub $4 levels with Kansas City hard red winter wheat values not much different. However, the cash price across the U.S. has crashed with $2 handles on many a U.S. farmers’ winter wheat elevator receipts this year. Conversely, the Minneapolis hard red spring wheat market has widened further away from its winter wheat brethren, as higher protein is in strong demand with slightly lower supplies available from the 2016/17 crop.

Bringing things to a conclusion, at this time of the year, we’re past knowing how big the Northern Hemisphere Harvest produced, but we are waiting to see what South America is able to produce, namely corn and soybean crops. Ultimately, more money flow into commodities is helping amplify speculation and rallies, but there’s still record supplies left around the world. Some weather concerns in Argentina are making speculators giddy again but in the past few weeks, we’ve seen soybeans pull back again recently with Brazilian harvests starting up soon and rains in Argentina.

Overall, 2016 could easily be characterized by bullish headlines and bearish facts. Everyone knew that the there was a lot of grain out there but any little hiccup in production or improvement in demand was looked to as a new trend starting. I’ll give more of an outlook in my 2017 forecast in early January but this time of year is about reflection of the past, and it’s worthwhile to note where you did things correctly and wish you would’ve done things differently. This could be for agronomy or spraying strategies, but as I talk about grain markets, that’s what I hope you give some thought to. Again, it’s not an exact science, but when you understand the variables better and clear some of the noise, improvement in your actions is inevitable.

Entering the Twilight Zone? — This week in the grain markets

The U.S. agriculture industry — and economy as a whole — breathed a sigh of relief early Thursday morning when Labour Secretary Marty Walsh tweeted that a tentative agreement had been reached between rail companies and the unions representing railway workers that were threatening to go on strike on Saturday. The Canadian agriculture sector, for…