A farmer from Gray, Saskatchewan, has been elected president of the province’s general farm group.

Todd Lewis was chosen to lead the Agricultural Producers Association of Saskatchewan at the organization’s annual general meeting in Regina this week.

He replaces Norm Hall of Wynyard, who stepped down after five years as president. Hall and Ian Boxall of Tisdale were elected as vice-presidents.

“APAS is very much a team, and I am very honoured to take over from Norm as leader of our team,” said Lewis in a statement. “Norm has done a tremendous job to raise the profile of our industry and our organization, and that is essential work that we plan to continue.”

The following producers were elected to the APAS board: 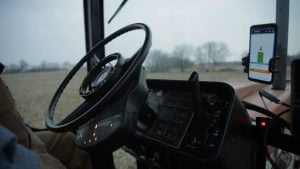