As America awaits the announcement of the Secretary of Agriculture, speculation rages on what the new Trump presidency will mean for agriculture. In Canada, the opportunistic wave of Trump or the backdraft are possible with so many election promises made and an eagerness to close many deals. 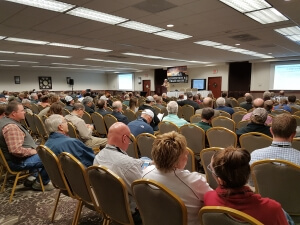 Shaun and Mercier discuss what possible changes to EPA, immigration, and trade could be beneficial for agriculture in the U.S. and which changes may prove to be possible negatives in the long term.

Rural America is very excited about the Trump victory as farmers voted for less regulation through EPA. Risk factors for agriculture, however, include a frosty relationship with China, less trade, and a crack down on undocumented workers.

China to stop buying all U.S. ag products in retaliation of new tariffs

Soil health, in a rotational grazing and cattle operation sense, starts with ground cover and consistently adding organic matter that will eventually become sequestered carbon. Logistics-wise and from a management stand-point, how is improved soil health achieved in a cattle operation? In this Soil School episode, Bernard Tobin is in the field with Aaron Bowman,…